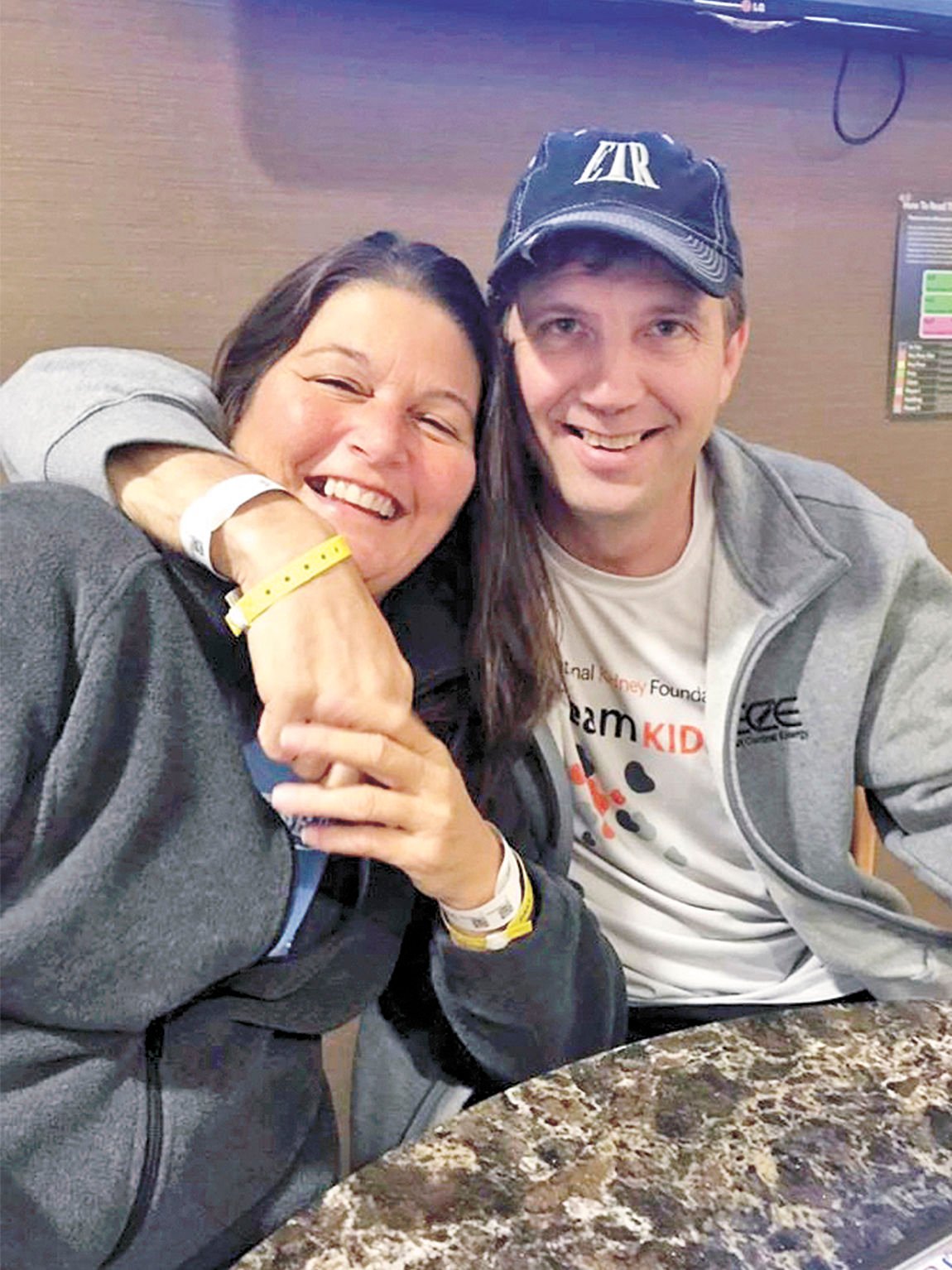 Johanna and Joe Deithelm  take one last picture together in the hospital waiting room before kidney transplant surgery — giving one of Joe’s healthy kidneys to Johanna who’s own kidneys were failing. 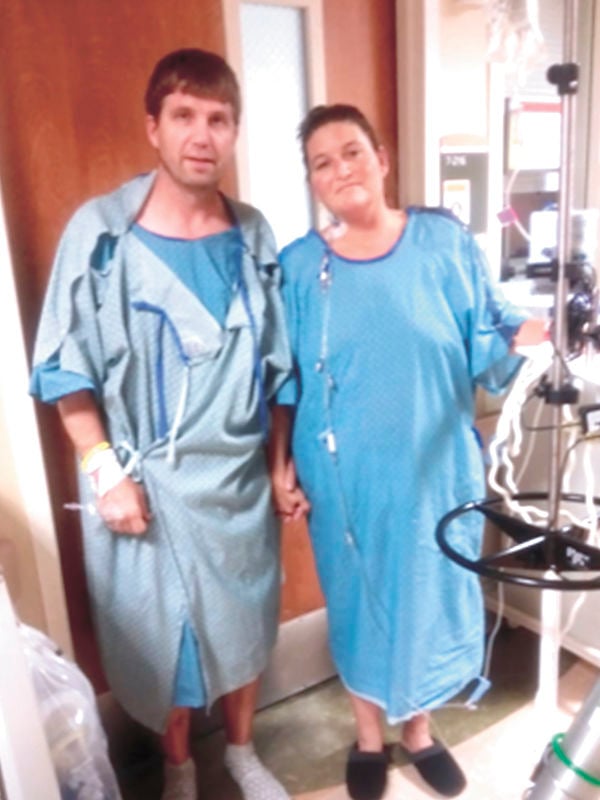 Joe and Johanna  Deithelm took their first walk together after kidney transplant surgery.

Johanna and Joe Deithelm  take one last picture together in the hospital waiting room before kidney transplant surgery — giving one of Joe’s healthy kidneys to Johanna who’s own kidneys were failing.

Joe and Johanna  Deithelm took their first walk together after kidney transplant surgery.

Johanna Deithelm gave her husband her heart. She never would have imagined that less than a decade after their wedding day, he would be giving her a kidney.

Johanna first met Joe Deithelm through a mutual friend in May 2006. The two were married on Nov. 20, 2010. Today, they live on Fish Lake just south of Mora. Johanna works as a housing access coordinator for Mentoring Professionals and Joe works for East Central Energy.

About a year before their wedding day, Johanna’s lower back was sore. After consulting doctors she was diagnosed with Primary Focal segmental glomerulosclerosis (FSGS).

FSGS is a chronic disease that causes scarring within the kidneys and can lead to kidney failure.

Doctors gave her an estimated life expectancy of 10 more years; and about five years into that she would need a new kidney. Even with a new kidney, the FSGS would likely begin attacking the new kidney.

“It was scary. We weren’t expecting anything like that,” said Joe. Being young and in a new relationship full of hope for the future, the diagnosis was “kind of like running into a brick wall.”

With changes to her diet and medication, Johanna was able to slow the damage being done to her kidneys. Until January, 2019.

At the beginning of 2019 her kidney function began to deteriorate rapidly.

As her kidney function declined, Johanna’s next step was to be put on dialysis treatment as she waited on the organ transplant list.

Johanna and Joe were prepared to wait a long time on the transplant list —an estimated minimum of 5 years. As Johanna was screened to make sure she was eligible to receive a kidney, inquiries began into family and friends who could potentially donate.

Shortly after, Joe received a call. He was a match.

Instead of waiting five years, Johanna found her kidney in three months.

Leading up to the day of the surgery, Joe said he was repeatedly examined to make sure he was physically, financially and mentally ready for donating his kidney.  Joe was questioned countless times if he was certain he wanted to go through with the transplant — even from Johanna herself.

On June 27, 2019, they drove to the hospital for surgery.  “I tried to talk him into going back home,” Johanna laughed.

At the hospital, after final checks and questions, they were each taken to their own surgery rooms.

When they woke up, Joe remembered being in extreme pain.

The rest of recovery was a bit of a blur of medications, rest and support from family.  Since the transplant, Johanna’s FSGS has thus far been dormant. So far, it hasn’t affected her new kidney. Johanna and Joe said they hope it stays that way.

Today, Joe admits he was a little reluctant to donate a kidney. What would be the implications if he gave one up, and his remaining kidney failed?

He consulted others who had gone through the kidney transplant process, including former Gopher  hockey player and current hockey analyst Pat Micheletti who was a kidney recipient in 2015.

Joe said Pat convinced him, “If you have the opportunity to donate a kidney to someone who needs it, do it,” said Joe. “What the heck —all I need is one.”

The children were also worried. Between Joe and Johanna, they have five children between the ages of 15 and 27.

Joe’s willingness to donate his kidney gave their mom a new lease on life.

“It’s a couple weeks of pain to save someone’s life. To me, it’s worth it,” Joe said.

Today, the couple regularly attend fundraisers for the National Kidney Foundation and share their story to educate others on the importance of organ donation.