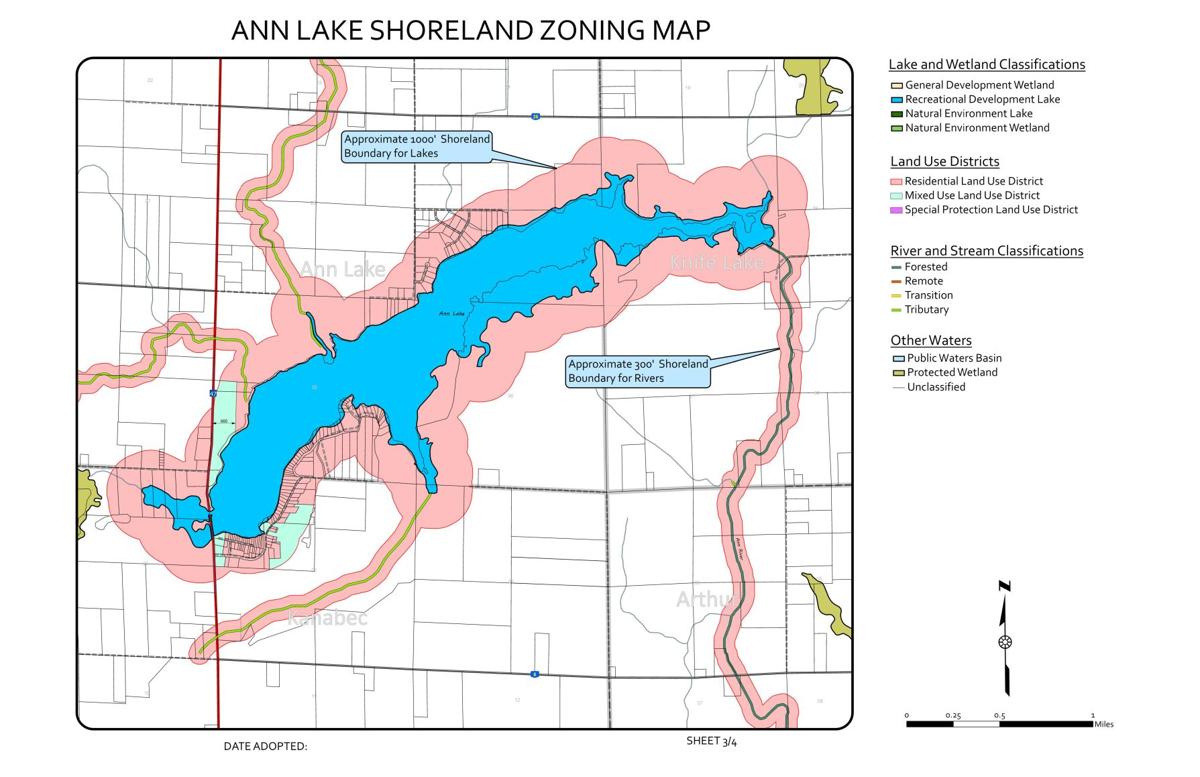 A limited amount of property on shoreland surrounding Ann, Fish and Knife Lake have been re-zoned as mixed-use properties which would allow for the potential expansion of businesses.

The Kanabec County Board of Commissioners were split on the June 12 vote 3-2 to approve updates to Ordinance 5 (often referred to as the Shoreland Ordinance) which included the zone change.

While townships in Kanabec County have control over most zoning in within the townships, the county government dictates zoning of the shoreland. Shoreland is land located within 1,000 feet from the ordinary high water level of a lake or 300 feet from a river or stream.

There are several existing commercial properties on shoreland including resorts, bars and restaurants, RV parks and campgrounds. 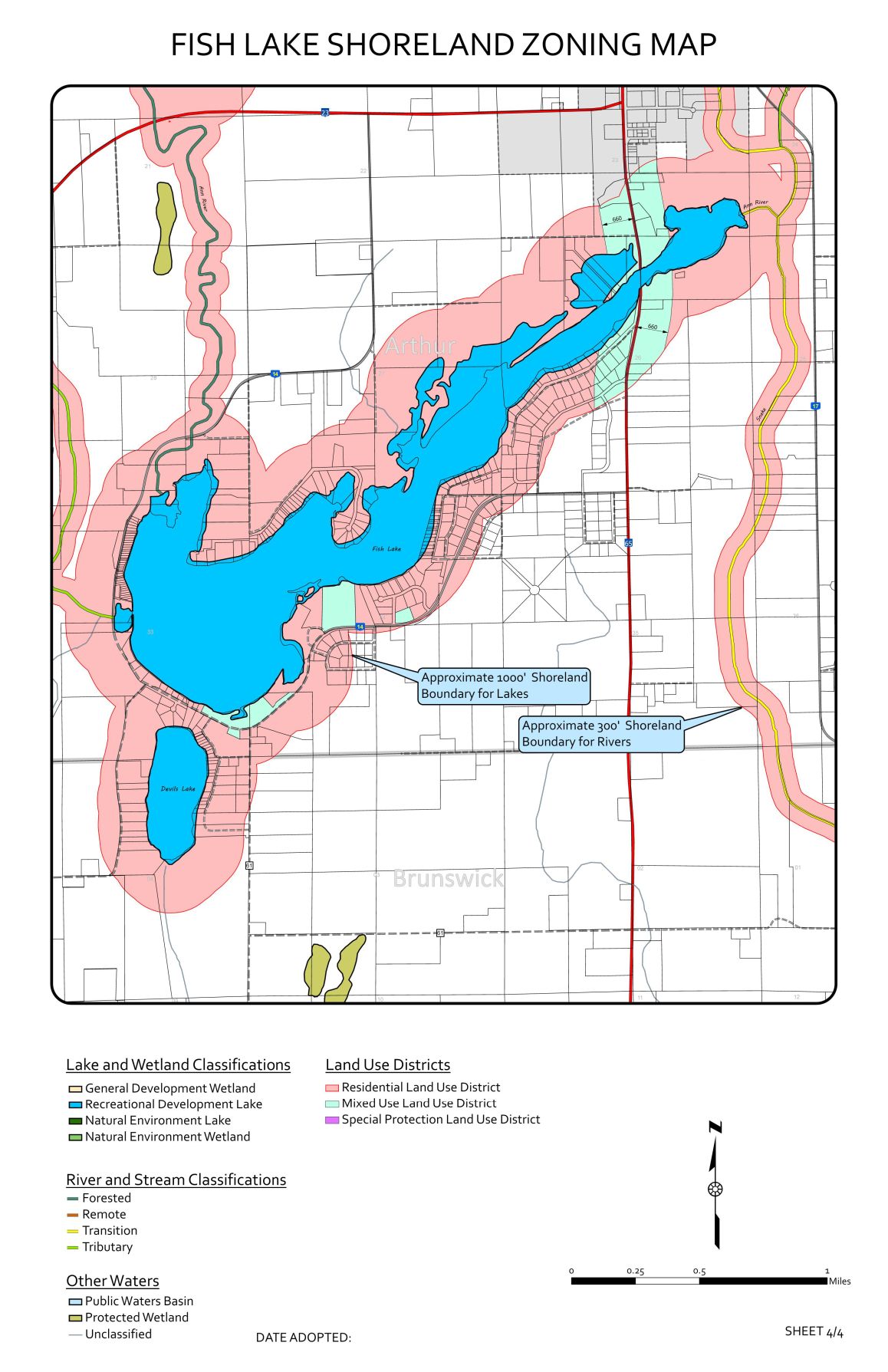 Environmental Services Supervisor Teresa Wickeham said the areas changed to mixed use were properties that were either already non-conforming commercial properties or areas that were most likely to be commercially developed such as the areas along Highway 65 and 47.

The new ordinance “would give them an opportunity to see if they could expand because they still need to meet the criteria of the ordinance,” said Wickeham. Properties would still be subject to rules and regulations of shoreland development such as building setbacks from shore, sewer/septic requirements, vegetation and restrictions on the number of docks.

Opponents to the change have been vocal at board meetings and public hearings with concerns that increased business, like expanded campgrounds, would increase runoff pollution and cause other water quality issues.

Commissioner Gene Anderson disagreed. “I think we have done our work as far as protecting water quality,” he said as he contended that any business expansion would still be subject to regulations; furthermore, the new ordinance was more restrictive in what kind of businesses would be allowed than the DNR’s model ordinance.

Still, Anderson fought to make sure the ordinance only allowed water-dependent businesses to be on properties that touched shore. For example, a dog grooming business that wouldn’t benefit from being on water to support business would not be allowed, whereas a campground or fishing guide service that relates to water use could. 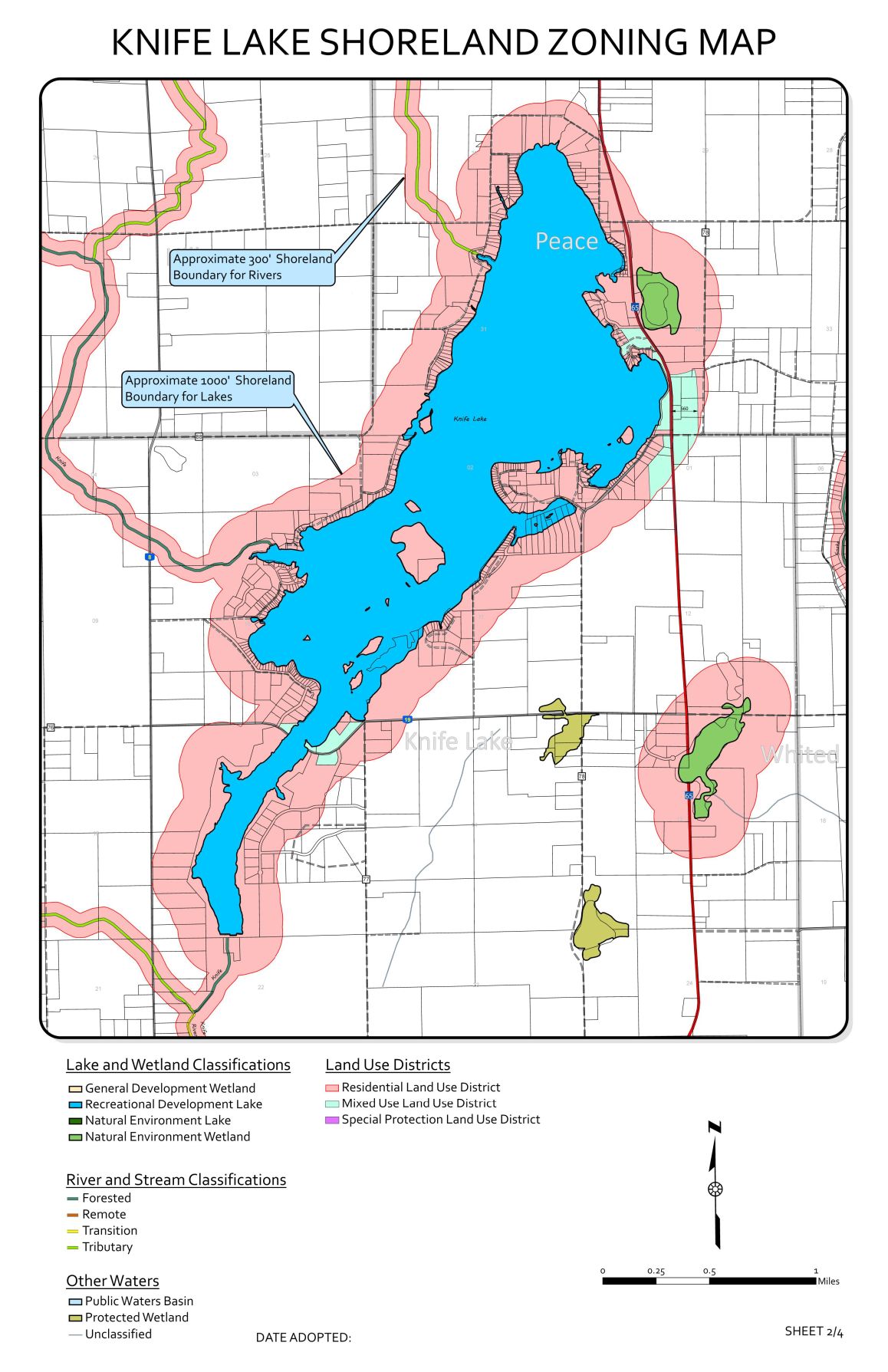 Commissioner Les Nielsen said he felt the number of properties affected was minimal and the effects of the ordinance change were being exaggerated by opponents. “We’re not talking about an expansion of 50 properties,” he said and argued a fraction of the properties around the lake, even those now zoned mixed use, could or would be used for business expansion.

During public comment on June 12, Walt Smith of Ann Lake encouraged the commissioners to consider what the majority of their constituents wanted. Smith argued that the large majority of speakers during public hearings were against the ordinance.

Commissioner Craig Smith echoed this sentiment before the vote. “More people seem against it than for it,” he said. Commissioner Smith described his disappointment in the entire process of changing the ordinance and felt the board could have done a better job of communicating with the community.

The vote to approve the ordinance changed passed 3-2 with commissioners Les Nielsen, Dennis McNally and Gene Anderson in favor; Kathi Ellis and Craig Smith were opposed.

The Shoreland Ordinance does more than re-zone these select properties. The ordinance adds more definitions to what are allowed uses of shoreland properties which will Wickeham said would aid in the enforcement of issues lake residents have long complained about.

For example, Wickeham said the former ordinance did not include any regulations for vacation home rental. Some property owners have rented their homes for weeks at a time without restriction to how many occupants are allowed at the property. This has occasionally caused a large number of vehicles parked at a single property or along the road, upsetting some neighbors.

Under the new ordinance, a property owner would have to apply for an interim use permit in order to rent out the home.