Kwik Trip provided the city of Mora with this 3D rendering of what the structure of the new convenience store is expected to look like. 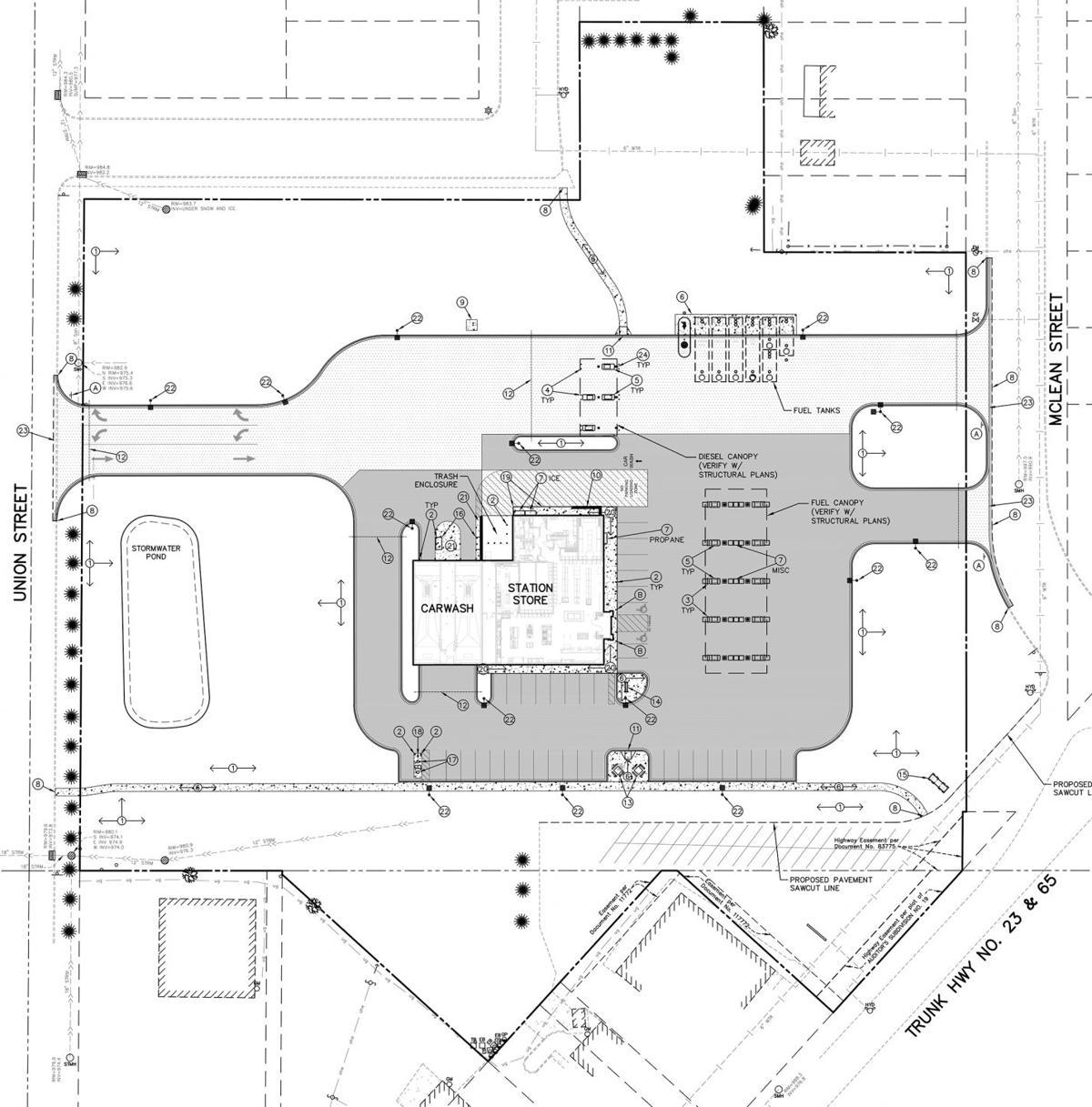 A portion of the plan submitted to the City of Mora shows an aerial view of the site and what the new Kwik Trip location will look like.

Kwik Trip, Inc. is the new property owner of the former Fairview Elementary School site in Mora. The sale was finalized on Dec. 10.

Mora Public Schools Superintendent Craig Schultz said he enjoyed working with Kwip Trip on the land transaction. “It was a professional and seamless process in which District officials enjoyed,” Schultz said.

The former elementary school was demolished this past September, which included asbestos abatement. The site is now environmentally safe and ready for development. Kwik Trip plans to break ground in Spring of 2019.

“The fact that the property will now generate commercial property taxes is exciting. An increase in Kanabec County’s commercial tax base is extremely important for the economic health of our community” said Doyle Jelsing, Chair of the Kanabec County EDA.

Tax base is not the only reason the EDA is glad to have Kwip Trip join the community. “One of the top requests I receive from citizens is for the County to recruit another grocery store,” said Heidi Steinmetz, EDA Director. “Kwik Trip’s roots began with groceries. They opened their first store in 1965 only selling groceries at that time. They still produce much of their groceries themselves and deliver those groceries to their stores daily.”

Scott Teigen of Kwip Trip stated that construction of Mora’s new store and car wash will last about six months. A grand opening is anticipated for late 2019.