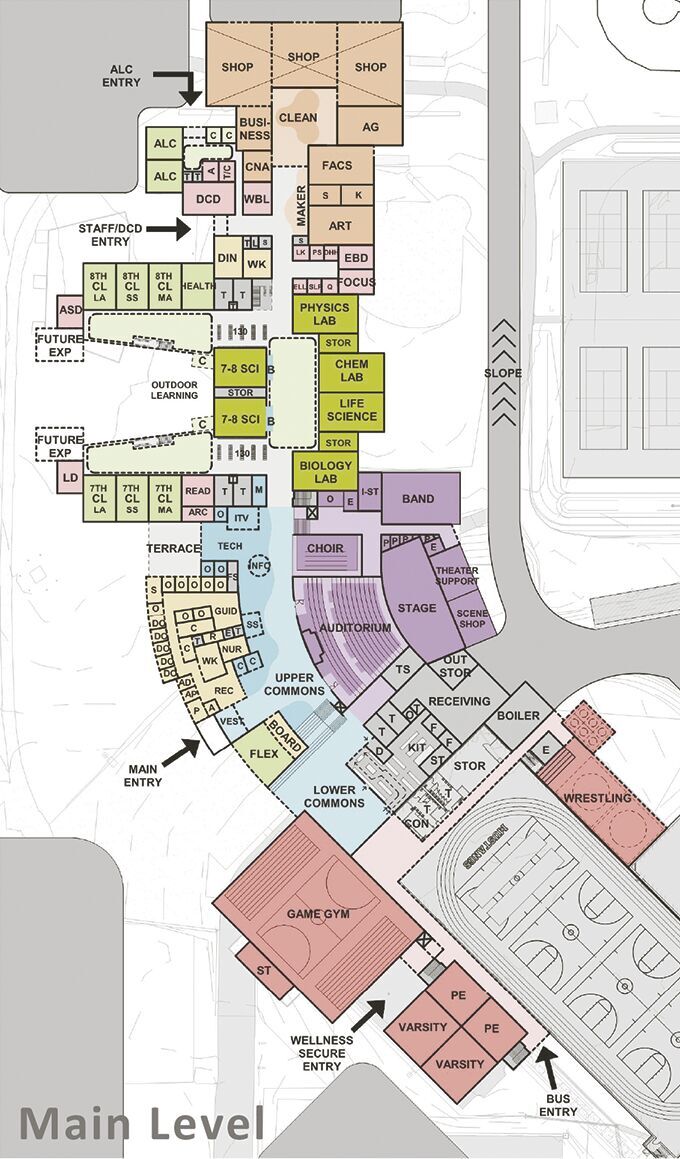 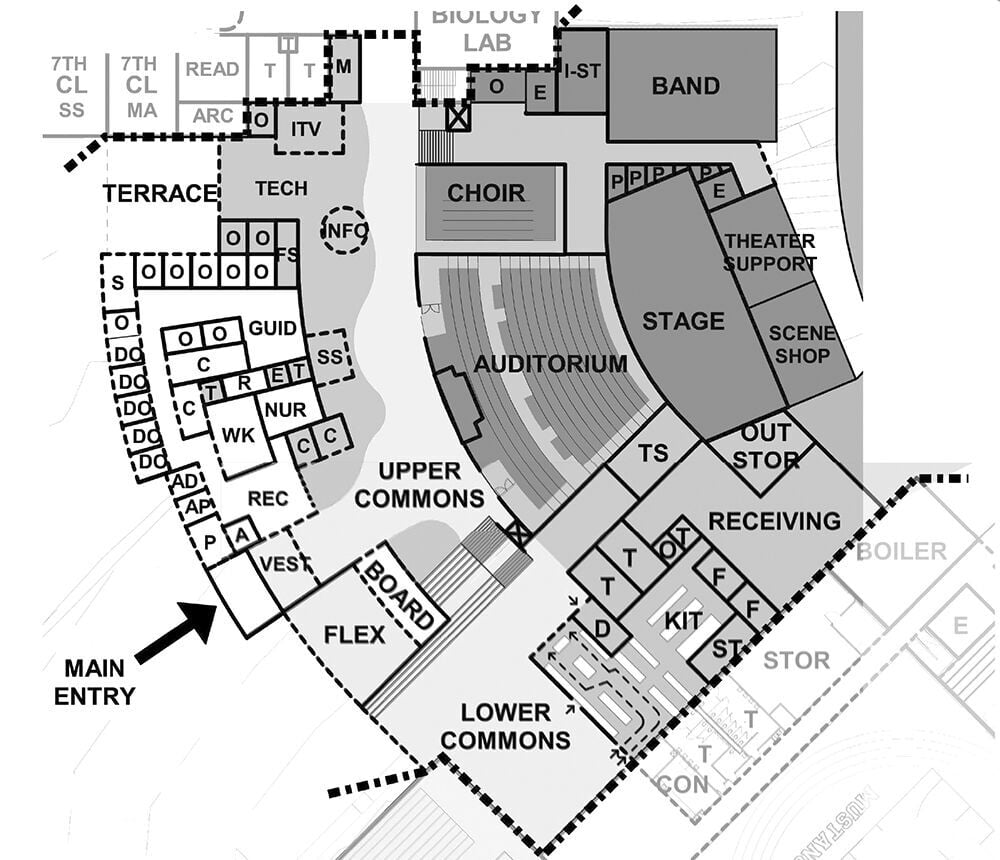 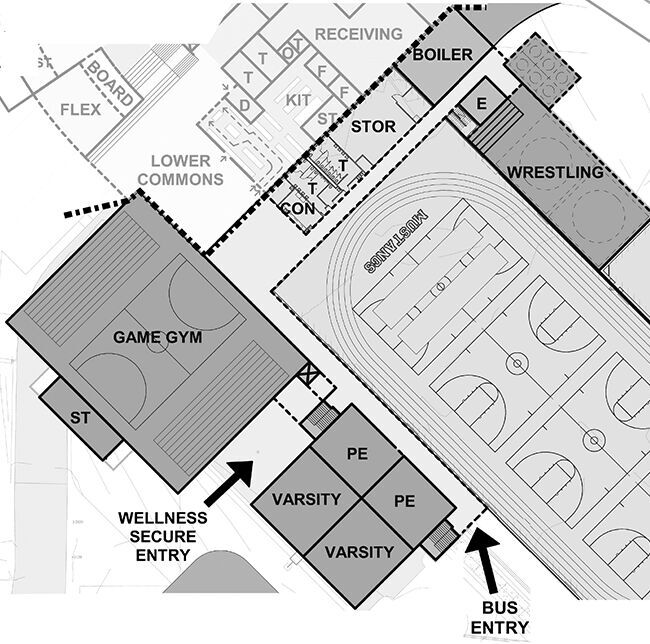 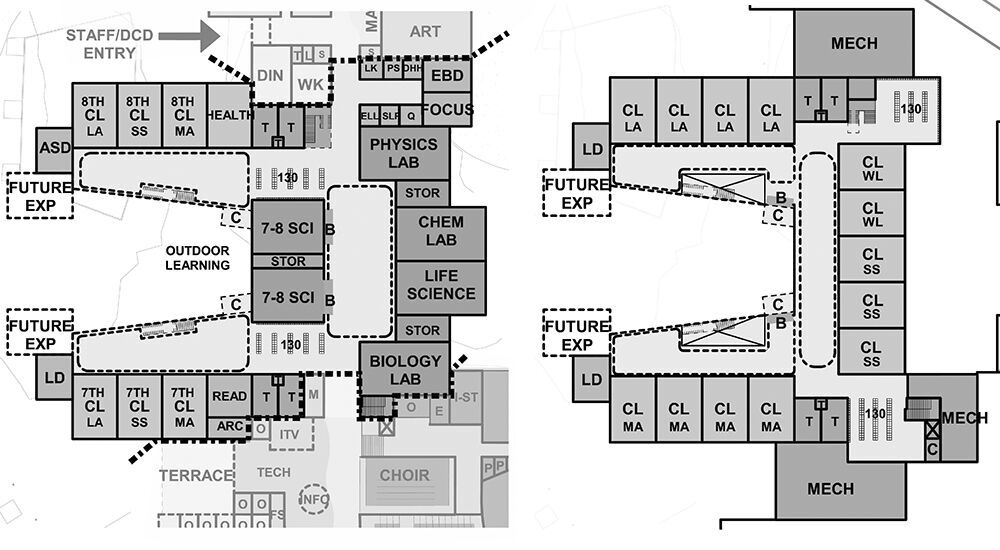 On Thursday, Aug. 27, the Mora School Board unanimously approved a proposed schematic design for the new Mora High School.

In May, voters approved a $61.9 million, 52,000 square-foot addition at the Trailview campus. This addition will hold grades 7-12, and will be the final move in the district’s long-term plan of having a single campus for all students.

A planning group made up of community members, school staff, administration and parents has met for several sessions, and recommended that a presentation be made to the Board in August.

Lewis told the Board that the initial site boundary and topographical survey has been completed. ICS also met with the Mora City Council and the city engineering department to request their input, and a traffic survey will begin this month. Since more hard surfaces will be added with potential water run- off, ICS will work with the city to address storm-water mitigation.

An initial round of soil borings has been completed;these tests evaluate the soil’s load-bearing capabilities and water table conditions. Additional borings will take place at specific areas throughout the project.  The State of Minnesota’s plan review will be an ongoing process.

Initial plans, said Lewis, were modified to a north-south alignment in order to preserve the existing locations of track and field sites.

• A “hub” that includes the Alternative Learning Center, career and technical education and part of special education in a community-learning area.

• A classroom area that includes a science hub and another part of SPED.

• A main hub that includes the entrance, administrative offices, commons areas, performance areas and community rooms. The kitchen space and the utility areas are adjacent to this hub.

• A hub that includes the game gym, wrestling rooms and locker areas. A secure entrance area from the Welia Fitness Center will be adjacent.

Lewis said that the next project phase will solicit input from user groups and other stakeholders in September and October, to gather information about space use and functions in day-to-day activities. In mid-November, design development plans will be presented to the leadership and oversight committee and the board.

Concerns were raised about the potential traffic burden between Ninth Street and Highway 65. Lewis said that the Minnesota Department of Transportation will be consulted, but that won’t happen until the traffic survey is complete.

The next school board meeting is scheduled for 6:30 p.m., Thursday, Sept. 24 at Mora Elementary School.