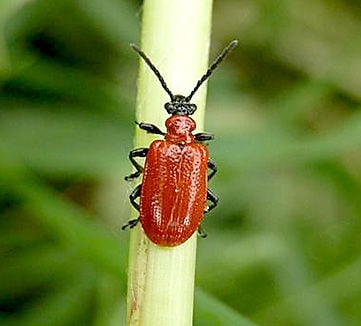 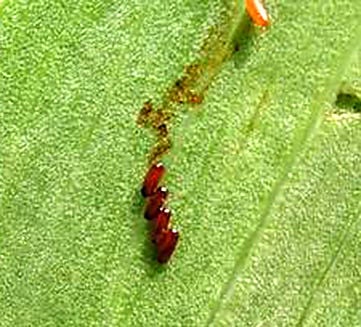 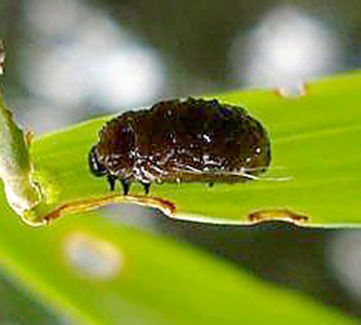 The lily leaf beetle (Lilioceris lilii), an invasive insect that feeds on lilies and fritillaries, has been found for the first time in Minnesota.

A resident of St. Paul first noticed an insect on an Asiatic lily and reported the find to the Minnesota Department of Agriculture. MDA staff then inspected the area and was able to find an adult lily leaf beetle.

The beetle is native to Europe and Asia and is currently found in Canada, the northeastern United States and the states of Washington and Wisconsin. The larvae causes signiﬁcant damage to true lilies (Lilium spp.) as well as fritillaries (Fritillaria spp.). It is reported that adult beetles occasionally feed on other plants including hollyhocks, hostas, lily of the valley, potato and Solomon’s seal. Lily leaf beetles do not cause damage to daylilies, canna lilies or calla lilies.

“Both lily leaf beetle adults and larvae chew irregular holes and notches in lily leaves, stems and developing buds, but larvae cause the most damage to plants and can completely defoliate plants and destroy flowers,” said Angie Ambourn, supervisor of the MDA’s Pest Detection Unit.

The MDA would like to better understand where this insect may be in the state and how big of an issue this is. Residents can report suspected lily leaf beetles to the MDA’s Arrest the Pest line at arrest.the.pest@state.mn.us or 1-888-545-6684. If possible, please include clear photos.