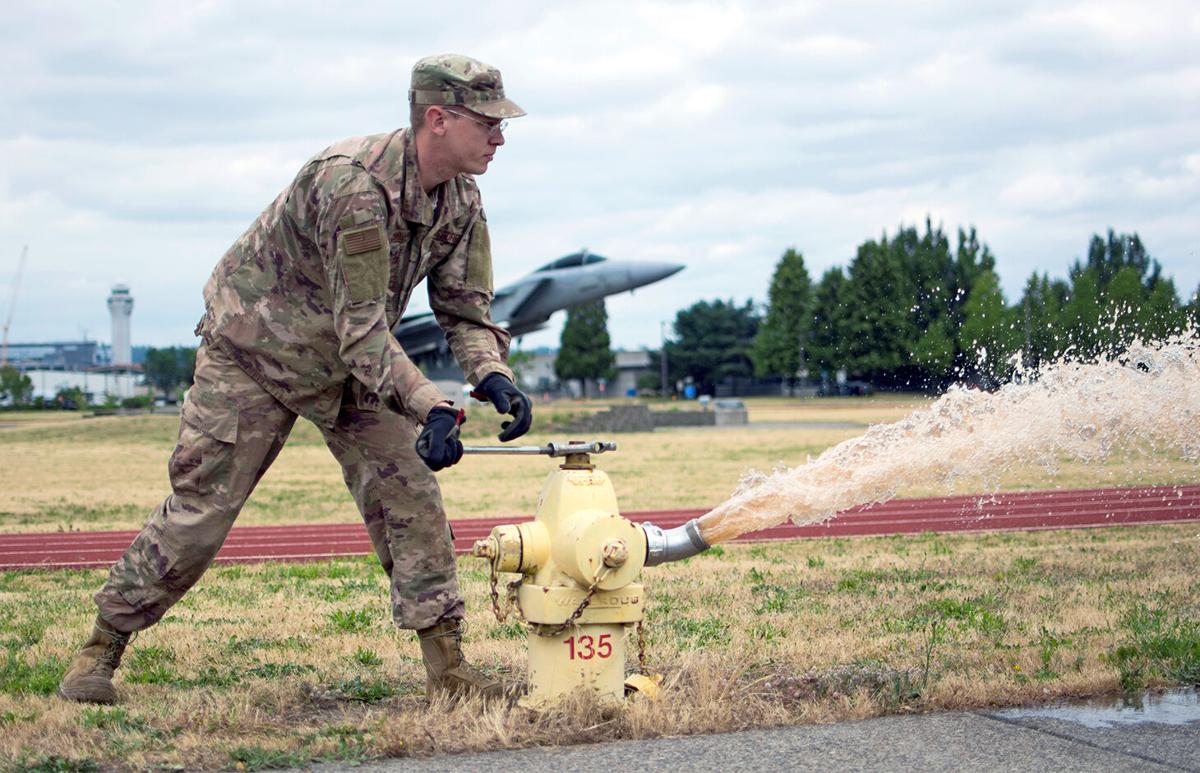 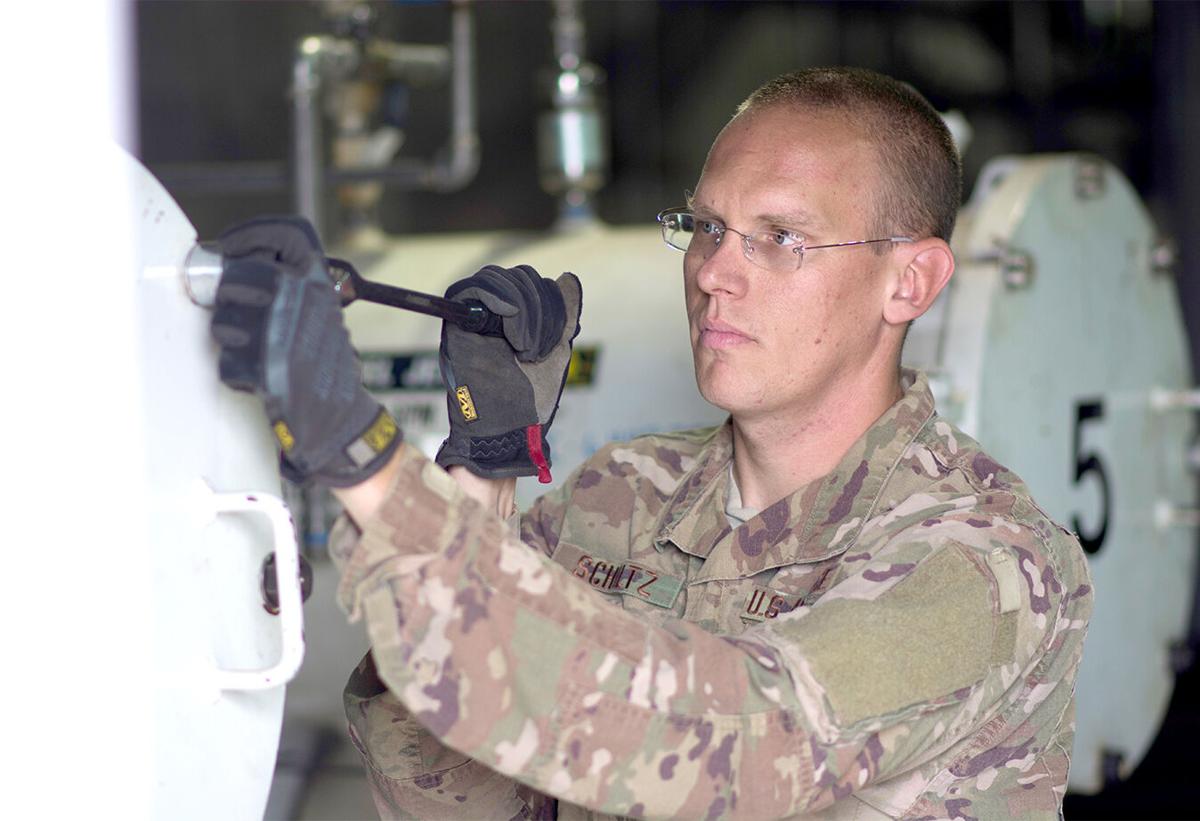 The U.S. Air Force core value of “Excellence in All We Do” explains that airmen must strive for continuous self-improvement and, in doing so, contribute toward propelling the entire force forward. For Schultz, he believes that making consistent, incremental steps toward accomplishing a task will lead to greater success.

“If I look back at my day and feel like I didn’t move the needle toward completing something, then I don’t feel good,” said Schultz. “It doesn’t have to be a lot. It’s about taking things one day at a time and putting one foot in front of the other to make consistent progress every day.”

“Fire suppression systems are an aspect of plumbing that’s slightly more technical,” said Schultz. “I found that challenge interesting and ended up really liking it.”

Schultz’s experience with fire suppression systems proved to be instrumental during his 2019 deployment as a contracting officer representative with the 380th Air Expeditionary Civil Engineer Squadron at Al Dhafra Air Base, United Arab Emirates.

One of Schultz’s objectives during his 180 days downrange was to spearhead a three-year review of previous base contracts.

“Because of my background in fire suppression systems and life safety systems, I was well-suited to do quality assurance and performance reviews,” said Schultz. “I was reviewing previous inspection reports when I found out that some contractors were submitting reports that claimed they tested devices, but they never did. I gathered the evidence needed and recommended an investigation into the matter.”

The investigation findings exposed contractor deception that resulted in a $102,000 recovery of U.S. Department of Defense funds.

Schultz’s initiative during the deployment also led to a discovery that averted imminent disaster. While performing routine checks on the flight line, he noticed that one emergency system was malfunctioning. Upon further inspection, Schultz realized that the water reservoir was empty.

“That tank supplied all the fire hydrants on the ramp,” said Schultz. “If there was a fire on an aircraft and you can’t get water from that system then there’s really nothing you could do.”

Schultz expedited the restoration of this critical system in two days, fortifying the safety of seven airframes, 16 buildings and countless flight line personnel.

Over the course of the six-month tour, Schultz and his fellow 380th EACES wingmen completed 1,500 work orders that serviced more than 780 base buildings and assets. In support of an ongoing base construction project, Schultz also helped transport over 45,000 gallons of wastewater. His contributions toward proper waste disposal neutralized a significant bioenvironmental hazard that threatened installation facilities.

“I set deployment goals before I left for what I wanted to get done,” said Schultz. “I stayed busy, stayed productive and made sure I left a positive impact.”

“He’s always stepped up and done more than what’s expected of him,” said Master Sgt. Seth Clark, the 143rd FW water and fuels systems maintenance supervisor. “He goes above and beyond, on duty and off duty, to make the organization better. He has integrity, he’s professional, and he’s also a great wingmen. We’re lucky to have him as part of our team.”

For his tenacity toward incrementally achieving excellence and bettering his team, Schultz earned his place as the ANG’s Outstanding Noncommissioned Officer of 2020.

Schultz expressed that winning this award feels surreal, especially because many ceremonies and events have been postponed due to the COVID-19 pandemic. Nevertheless, he is honored to be recognized as one of the Air Guard’s top airmen.

For his next chapter, Schultz anticipates finding more opportunities for both professional and personal growth. However, after a busy 2019, he is grateful for the extra time at home with his wife and two sons.

Schultz was born and raised in Mora, attended Mora schools, and is the son of Lauri Schultz and Bob Schultz of Mora.