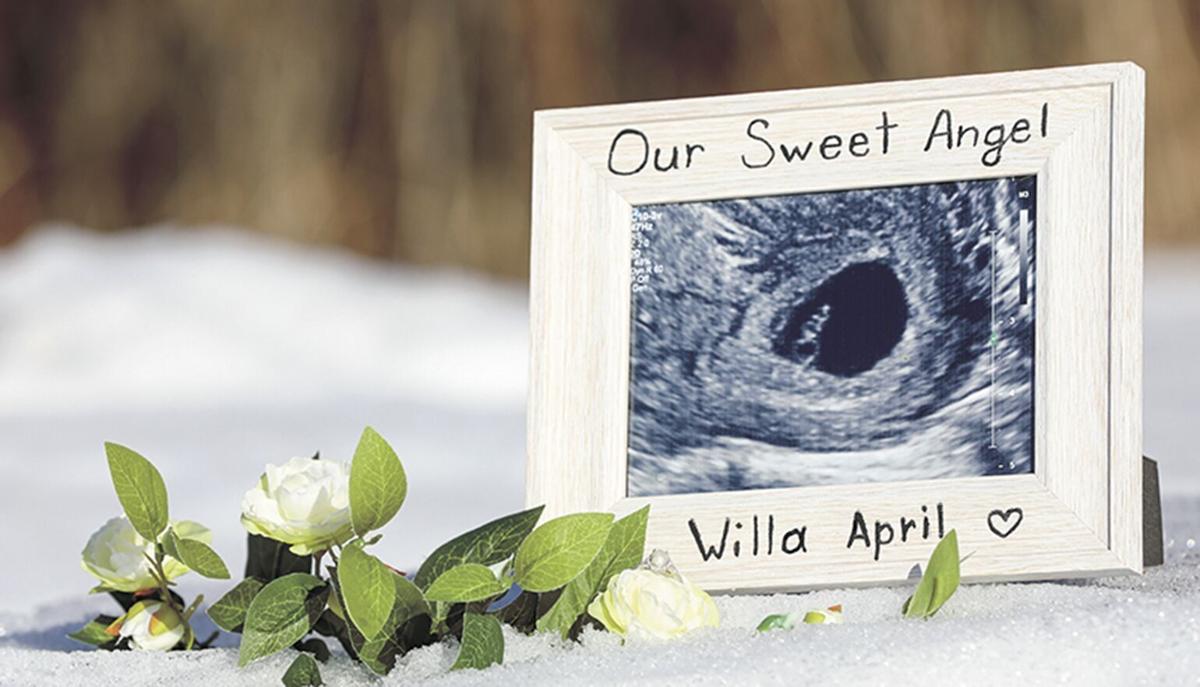 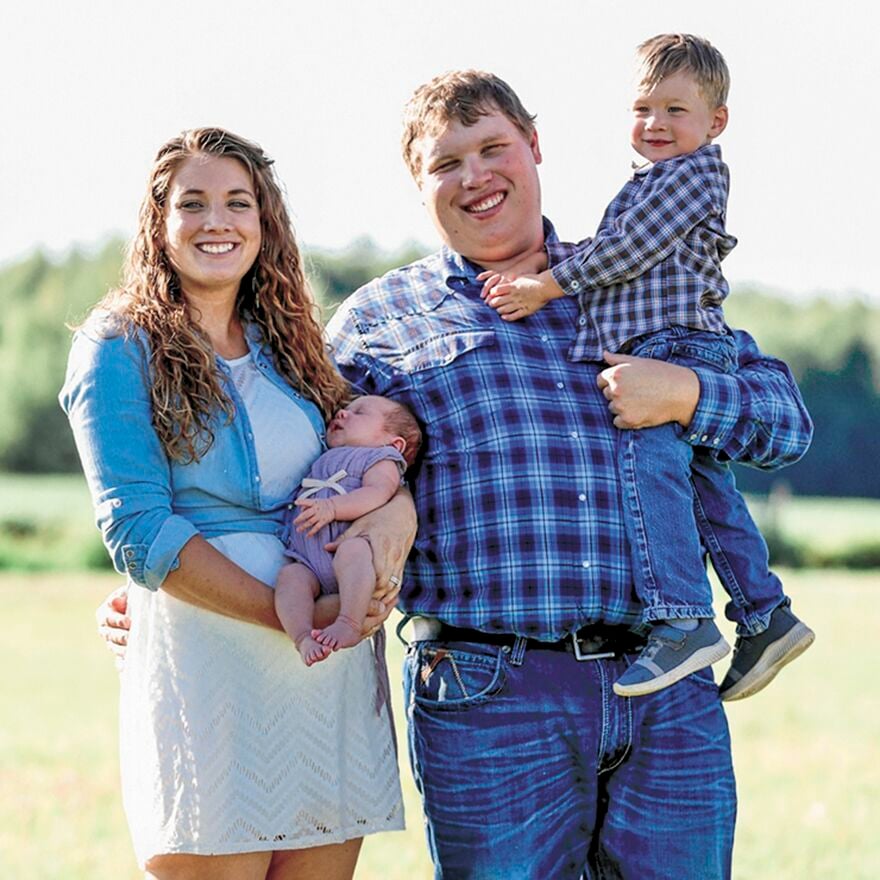 Nikki Priebe takes her children, 2-year-old Johnny and 3-month-old Josie, with her to water the small apple trees at their family cattle ranch. When they are old enough, the kids will learn the trees were planted in honor of someone special: their unborn sister, Willa April Priebe.

Nikki and her husband Riley planted the trees in honor of the child they lost to a miscarriage last year.

Even though Nikki can’t talk about Willa without crying, she said she will keep at it until she can explain who she was to her children.

“It’s important they know they have a sister,” she said. “I have three babies: Two on Earth and one in Heaven ... I talk to her. I pray to her every day.”

On Oct. 15, National Pregnancy and Infant Loss Awareness Day, bereaved parents across the nation will remember and honor the children they have lost. The day supports parents whose children have died from miscarriage, stillbirth, sudden infant death syndrome, birth defects, illness, accidents and all other types of early childhood death.

Nikki has a message for all the families who have lost a child: “You are not alone in this. At all.”

Nikki and Riley Priebe both graduated from Mora High School. They were married in 2015, started North Rock Ranch near Mora where they raise cattle and performance horses.

In 2018 they had their first child, Jonathan. Nikki decided to stay home to raise him while Riley worked with BNSF Railway Company, sometimes staying away from home for a week at a time.

In 2019, the Priebes became pregnant with their second child.

Nikki has Type I diabetes, therefore doctors have watched her pregnancies closely. Nikki went for her baby’s first ultrasound at 8 weeks. Things weren’t quite right. The fetus was small, but had a heart beat. At the time, Nikki didn’t realize the weight of what that meant. Doctors asked her to return for another ultrasound two days later.

The baby’s heartbeat had stopped.

Nikki had experienced what is called a “missed” or “silent” miscarriage. A missed miscarriage is when the baby dies but the mother’s body doesn’t quite realize it. The body continues as though it is pregnant and does not physically miscarry the baby. Without the ultrasound, Nikki wouldn’t have even known.

“It was devastating,” said Nikki.

She was sent home to wait and see if her body would recognize the death, and miscarry the baby naturally. When it didn’t, Nikki was advised to undergo a dilation and curettage (D&C) procedure. The procedure involves the physical removal of the womb’s contents, and is the procedure most commonly used for first trimester miscarriages and abortions.

Facing the D&C was particularly difficult for Nikki.

“I remember lying there thinking, this is my baby. This is my only time I am going to have with my baby. She’s dead but I still don’t want her to go.”

Nikki found support through a family friend who also worked at the hospital.

Nikki was overwhelmed by her grief. Despite the immense support of her family, Nikki fell into a depression. She struggled to find the strength to care for her first child while grieving the one she had lost.

Nikki saw a therapist for over a year to help her with her grief. Nikki said seeing a therapist was helpful, even if just to have a person to cry to. Nikki said though she fought it at first, she has begun to find acceptance of her loss.

“Acceptance doesn’t mean what happened was OK. Acceptance means finding a way to go on living.”

Soon, Nikki and Riley found themselves pregnant for the third time. Though she was happy, her miscarriage had cast a shadow onto her third pregnancy. Nikki said it was difficult for her to be excited. Instead she felt anxiety.

The term “rainbow baby” has been used to describe a baby born after losing a baby due to miscarriage or stillbirth. The idea is that a rainbow comes after a storm or dark time.

Nikki said she felt the rainbow was a symbol of God’s promise after the great flood in the biblical story of Noah. Despite her faith, Nikki knew there was no promise that her third pregnancy was safe from another miscarriage.

The Priebes had their rainbow baby.

“Now I have my baby girl and she’s everything,” said Nikki.

The Priebes continue to remember and memorialize the daughter they lost. The apple trees are one way Nikki has found to remember Willa. Nikki also had a piece of jewelry specially made.

Talking about her loss is still difficult, but important.

Nikki encouraged others to talk about their losses, share their grief with others, but to also be a listener.

“Just be there. You can just be sad together.”

WHEREAS, Infants Remembered In Silence, Inc. (IRIS) and many other nonprofit organizations work with thousands of parents all over Minnesota and across the United States who have experienced the death of a child during pregnancy through early childhood; and

WHEREAS, Many of these parents live in, deliver in, have a child die in, or a bury a child in our community; and

Whereas, In 1988, President Ronald Reagan proclaimed October as National Pregnancy and Infant Loss Awareness month; and

WHEREAS, In honor of the thousands of children that die each year in Minnesota Infants Remembered In Silence, Inc. (IRIS) respectfully request that October 15th, 2020 be recognized as Pregnancy and Infants Loss Remembrance Day.

NOW, THEREFORE, I, Alan Skramstad, by virtue of the authority vested in me as mayor of the City of Mora, do hereby proclaim the 15th day of October, 2020, as: National Pregnancy and Infant Loss Awareness Day