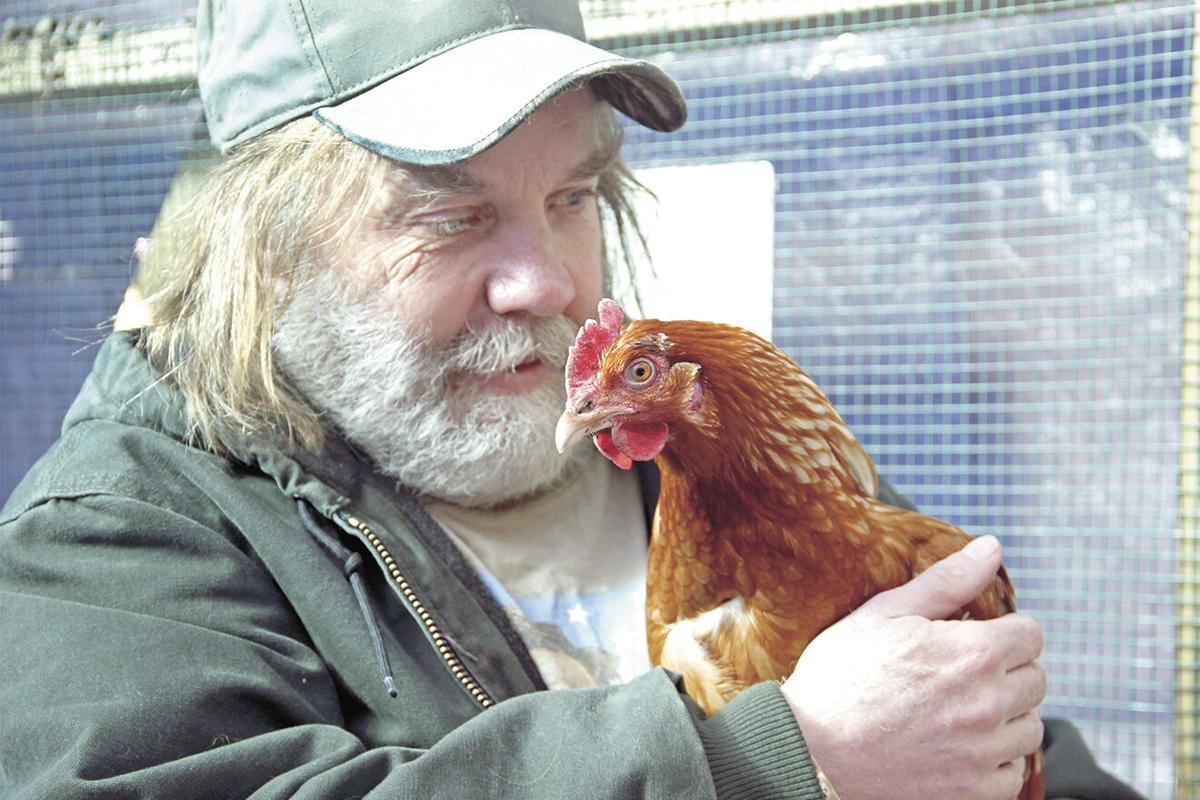 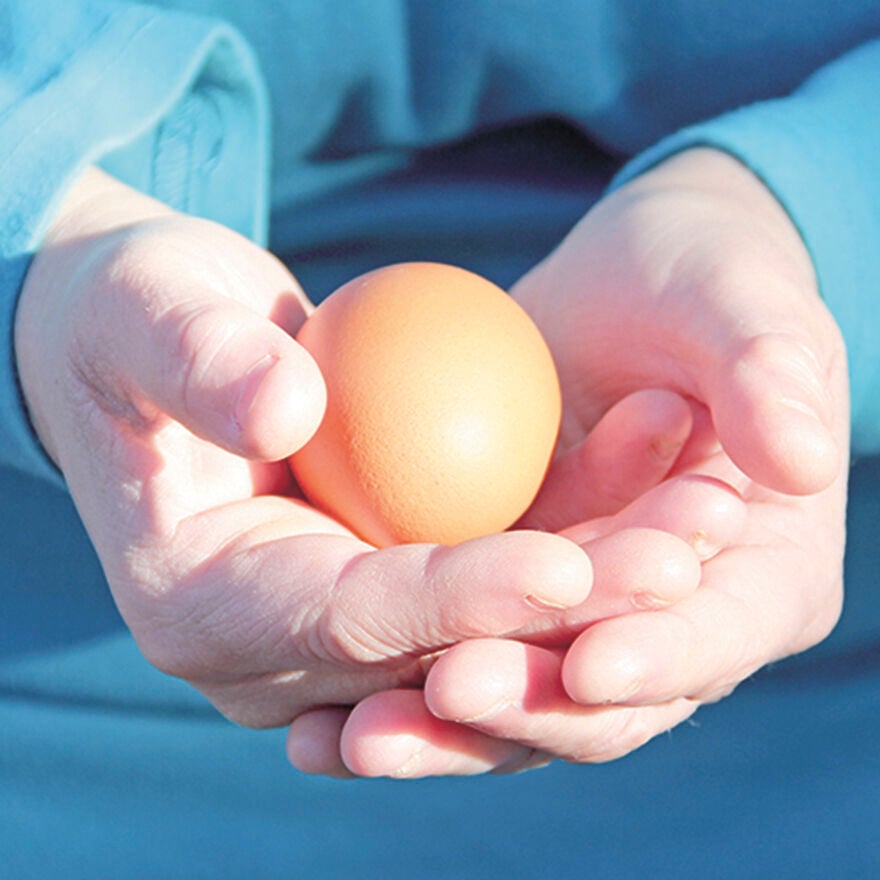 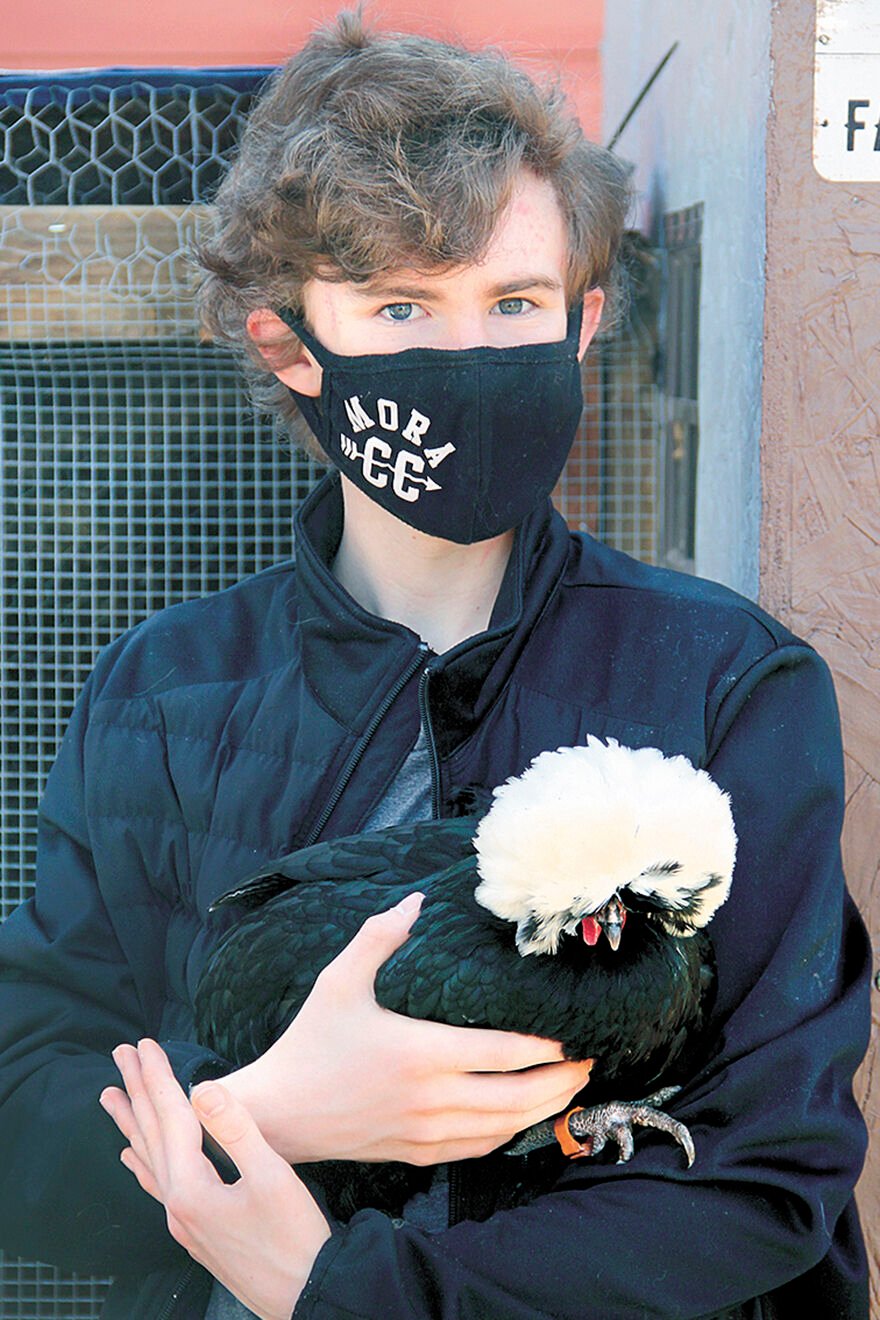 Sixteen-year-old RIley Dahlberg enjoys getting outside to visit with their family chicken flock, including “Jimmy” a Polish hen with crested feathers. 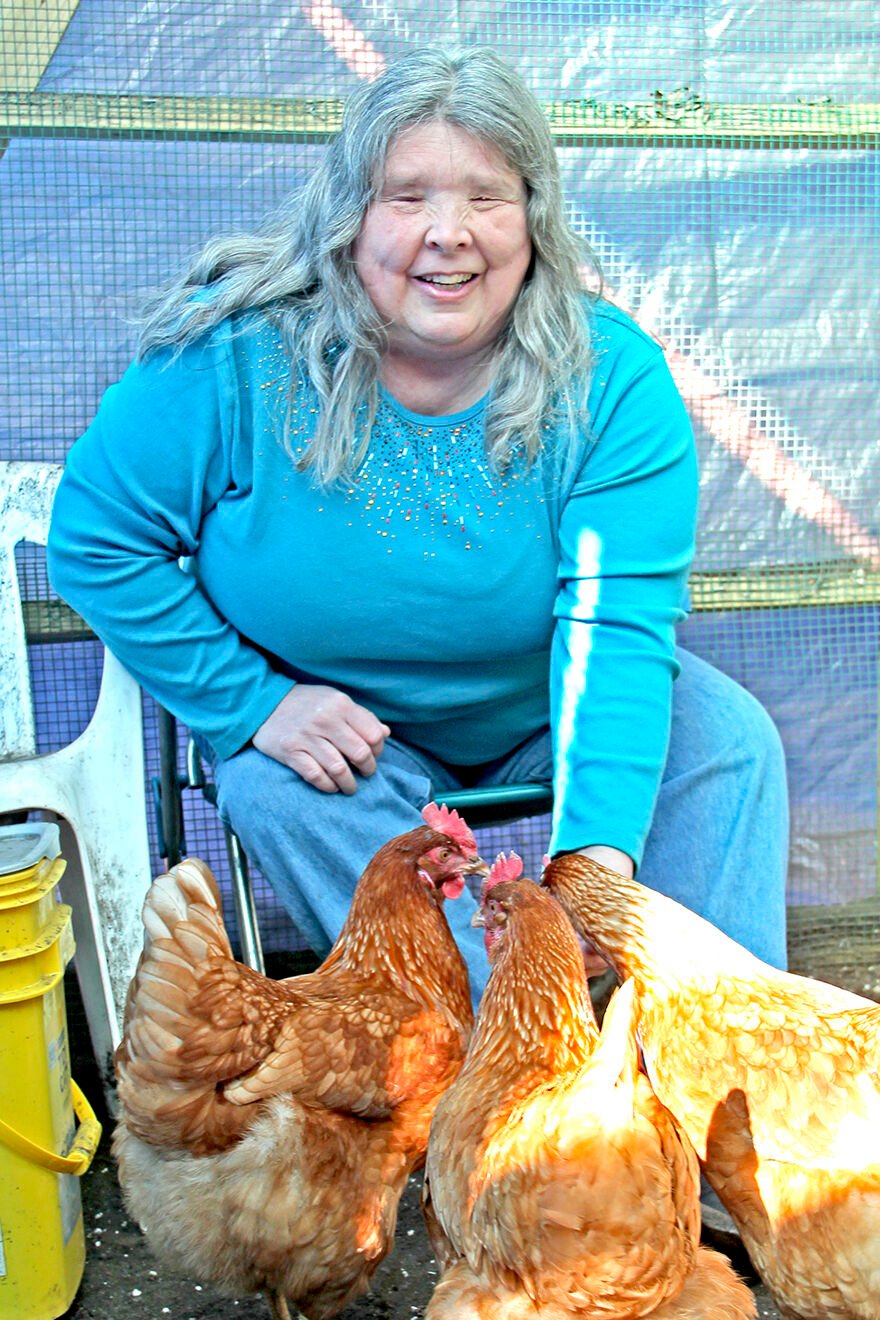 Being able to spend time with and hold the birds has helped Tammy Frost, who has been blind since birth, gain a deeper understanding of how birds fly.

Sixteen-year-old RIley Dahlberg enjoys getting outside to visit with their family chicken flock, including “Jimmy” a Polish hen with crested feathers.

Being able to spend time with and hold the birds has helped Tammy Frost, who has been blind since birth, gain a deeper understanding of how birds fly.

Clarence Frost would have been perfectly happy never keeping another live chicken — Never. Ever. Again.

That is, until his wife got involved.

Clarence’s past experiences with chickens weren’t particularly pleasant: Raising, cleaning up after and butchering 150 broiler chickens every year on his family’s hobby farm was a fowl memory.

Clarence and his wife, Tammy, overheard some chit-chat at the local hardware store: recent changes at the city meant residents could keep up to three laying hens in backyards.

After mulling it over, Tammy thought it might be kind of fun to have fresh eggs. It took some convincing and some research. The Frosts soon had a coop, run and an approved permit from the city.

Many familiar with large farm operations imagine chicken keeping as crowded, manure-reeking, loud and rat-attracting — which in Clarence’s experience it was. But he quickly learned small, backyard flocks take on very different persona, where the birds are more like pets-with-benefits than livestock.

“There’s a personal touch with chickens when you only have a few,” said Clarence. And, keeping up with their feeding and waste is a smaller chore —which, he has no objection to. “Tammy entertains the chickens while I clean the coop,” he said.

Both Clarence and Tammy are blind, and live together in a home near the west side of Mora. Clarence can see enough to make out some shapes, like a chicken at his feet, and pick it up.

Tammy, who has been blind since birth, said keeping chickens has given her something no other experience in her life has: and understanding of how birds can fly.

“I’ve never seen how birds work,” she said.  As a child, Tammy had pet lovebirds, but they were too fragile and impatient for Tammy to feel their bodies thoroughly. The chickens sat patiently and enjoyed the affection of being held.

Understanding that chickens are a bit too bulky to fly more than a few feet, Tammy said she’s been able to take what she has learned from the chickens, make some mental adjustments about body size and wingspan, and said she can more clearly imagine how another bird, like an eagle, is able to soar long distances.

“For me, it has been an amazing experience,” she said. “I had no clue how wings work ... it’s so interesting to see them grow and hold them.”

Sixteen-year-old Riley Dahlberg has lots of pets including a dog, a cat and even a snake. His family got their permit for a small flock of chickens in the summer of 2020 and have been enjoying both their eggs and their company.

His trio of hens in the backyard isn’t quite like keeping a “farm animal” noting they are very social, and get sassy when they are feeling ignored.

“I like birds. I didn’t know that I would, but they are a cool animal,” he said. Other than them being a little dirtier than a house pet, Riley said he couldn’t think of any drawbacks to keeping hens. In terms of effort, he said caring for the chickens took about as much effort as keeping a cat. There’s not much more to it than providing food, water, and some attention.

Their three hens include two barred rock breeds named “Seven of Nine” and “Cav,” as well as a Polish hen named “Jimmy” with striking crested feathers that gives her a  “pom-pom” hairdo.

Rileys mom, Cassie Dahlberg, said her family used to keep large flocks of ducks and chickens before they moved into the city limits about a decade ago. Her main motivator for keeping chickens is collecting fresh eggs with dark yellow-orange yolks.

“I’m glad the city passed [the ordinance change]. We had been waiting for awhile,” she said.

The City of Mora amended its zoning ordinance to allow keeping of small chicken flocks within city limits in October, 2019. Since then, the city received three applications and granted three permits to do so.

Mora City Administrator Lindy Crawford said in that time the city hasn’t heard of any complaints about the chickens nor heard of any problems of chickens that have gotten loose.