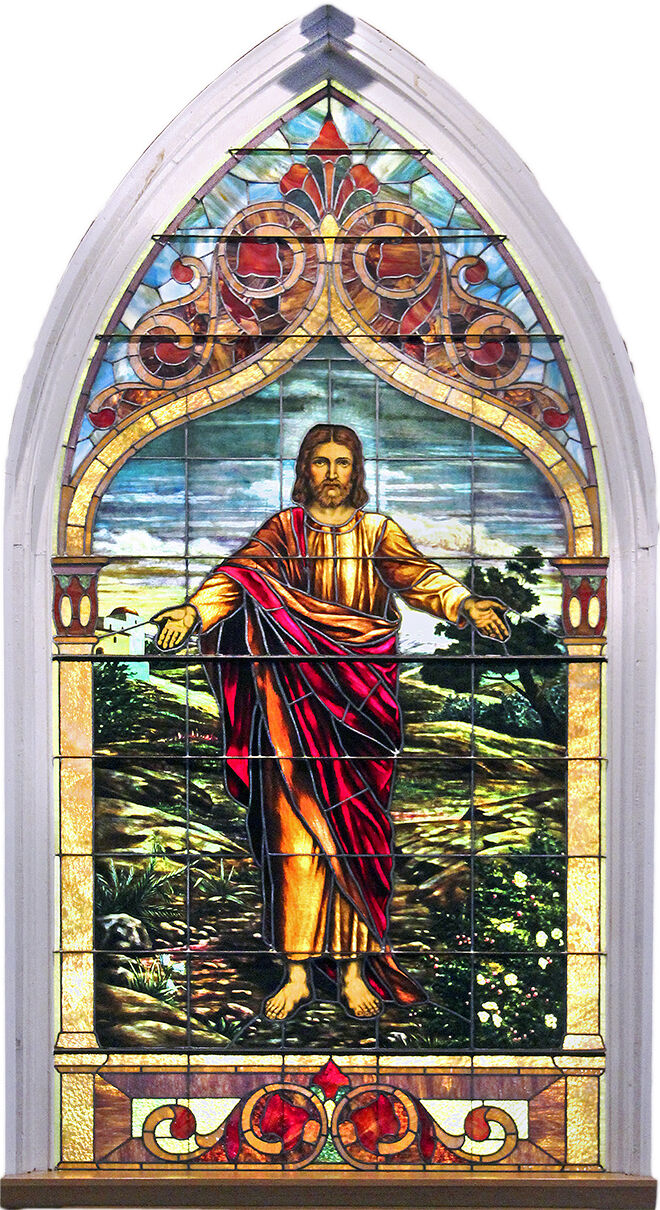 Among one of the largest local stained glass windows is above the altar at Immanuel Lutheran Church in Brunswick. 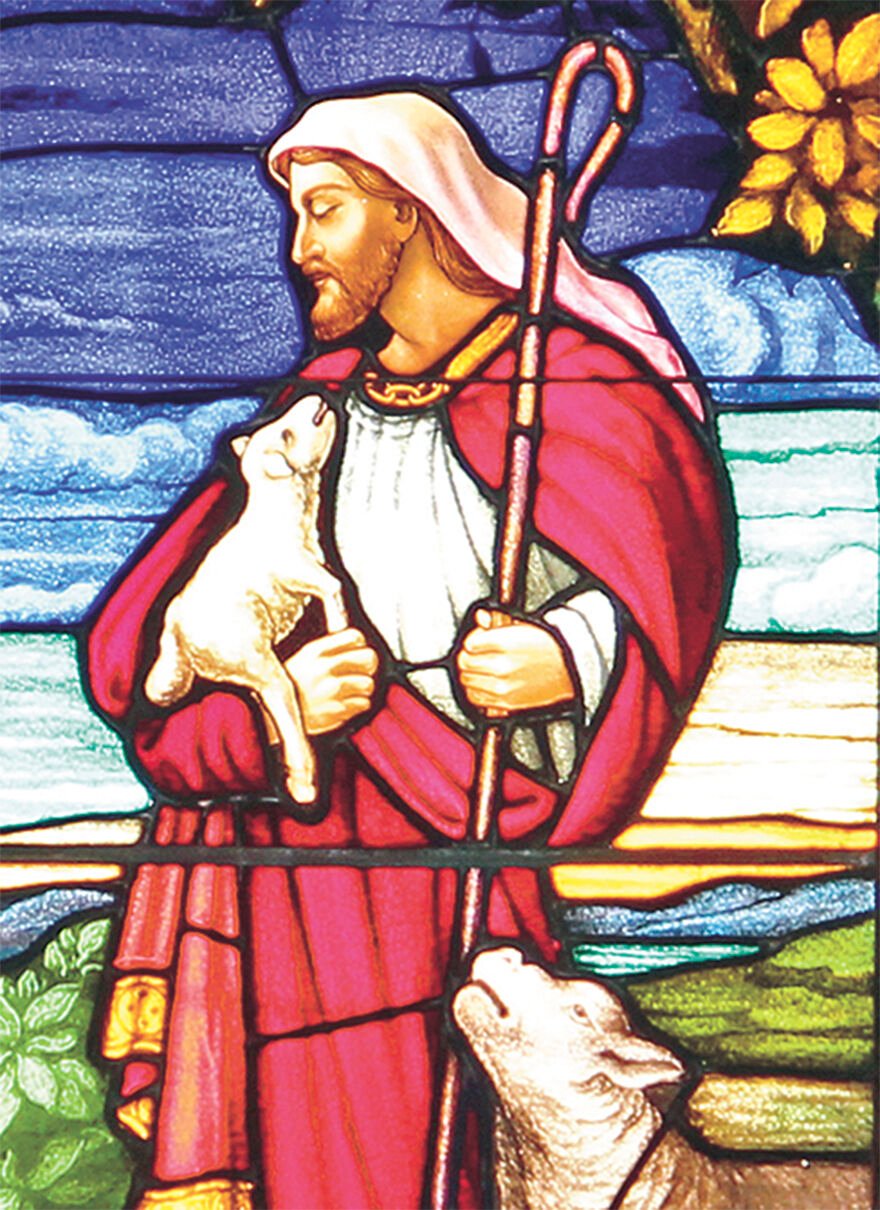 This window at Grace Lutheran Church in Mora shows the detail that can be achieved using painted glass techniques. 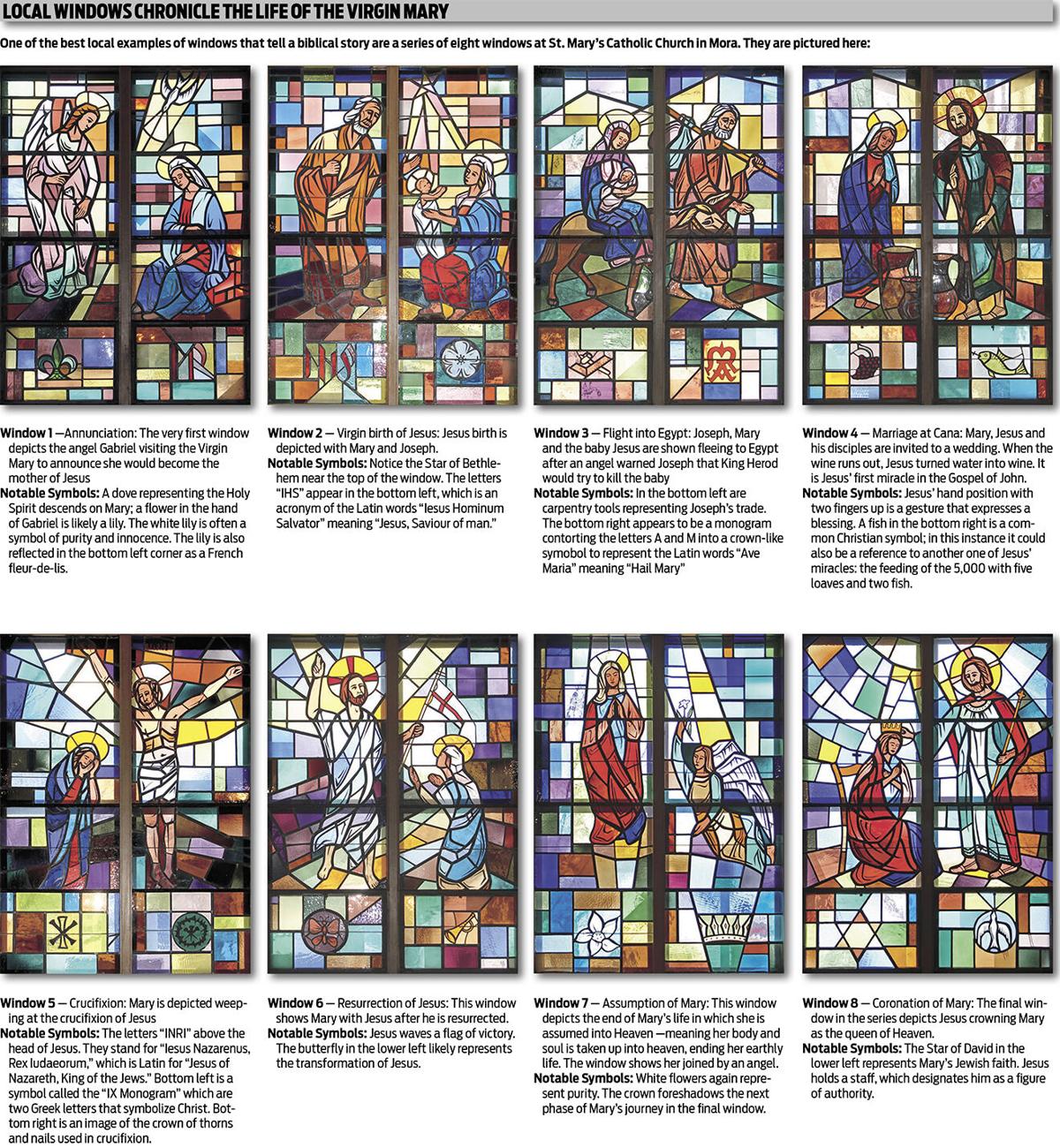 Among one of the largest local stained glass windows is above the altar at Immanuel Lutheran Church in Brunswick.

This window at Grace Lutheran Church in Mora shows the detail that can be achieved using painted glass techniques.

Glowing reds, soothing blues and all the other shining colors found in stained glass have mesmerized humans for centuries. The art form found a strong home in places of worship. Stained glass techniques and styles developed through the centuries and the bright windows and continue to illuminate local churches today.

Some speculate these windows have served as a way to bring a piece of Heaven to the Earth itself.

Doctor Nancy Thompson is a professor of art and art history at St. Olaf College. She has extensively studied stained glass artwork, particularly in medieval Italy.

“The most common explanation for the popularity of medieval stained glass in churches is that colored light allowed worshippers to transcend earthly existence and contemplate the spiritual,” Thompson explained.

“For many medieval Christians, heaven was a specific place that is described in Revelations as filled with gems and gleaming, colored surfaces. The proliferation of stained glass and gold and gem covered reliquaries in the Middle Ages was connected to a desire to create ‘Heaven on Earth’ in the church environment.”

Pastor Sierra Westerman at Immanuel Lutheran Church in Brunswick said the translucence of glass acted as a literal window into another way of spiritual existence.

Besides a spiritual purpose, stained glass windows served a functional purpose for the church: spreading the word of God.

The images in the windows started to represent more than the beauty of Heaven. The windows began to tell stories.

Westerman said this became an excellent tool for the church to tell the stories of the Bible in a time where few people were taught to read.

As architecture changed in northern Europe in the 12th century, window openings became much larger and there was space for much more elaborate windows.

“The earliest windows usually depict single, standing figures and are lighter in palette because the window openings were relatively small,” said Thompson.

Artists were not only limited by the window openings, but the colors of glass were challenged by the available materials and techniques.

Yellow, green and clear glass tended to predominate early windows, with small bits of red and blue. Red was a particularly challenging color to create.

Certain glass colors were harder to produce than others, Thompson explained. In Italy, for example, glassmakers didn’t know how to make red glass.

“The technique for making transparent red glass involved flashing —which means that a very thin layer of red glass is adhered to a layer of clear glass. If the glass were colored red entirely, it would be opaque,” she said.

Metal oxides were added to molten glass to color them. Maintaining the proper amount of heat and oxygen was crucial to attaining the right color.

Later, windows started to incorporate paint on the windows as well, but they were often dull and not as durable as the glass itself.

One of Kanabec County’s oldest and largest stained glass windows stand above the altar at Immanuel Lutheran Church in Brunswick. The window is made using two techniques of stained glass: one where the glass itself is colored; the other where the glass is covered with a translucent paint. It depicts Jesus with his arms extended in a welcoming embrace.

One of the best local examples of windows that tell a biblical story are a series of eight windows at St. Mary’s Catholic Church in Mora. These windows were voted the area’s best stained glass windows of 2020 by readers of the Kanabec County Times — and for a good reason. The art not only brings Heaven to Earth in their translucent beauty, but the windows tell the biblical story of how Mary herself connected humanity with the heavens through her son, Jesus Christ.