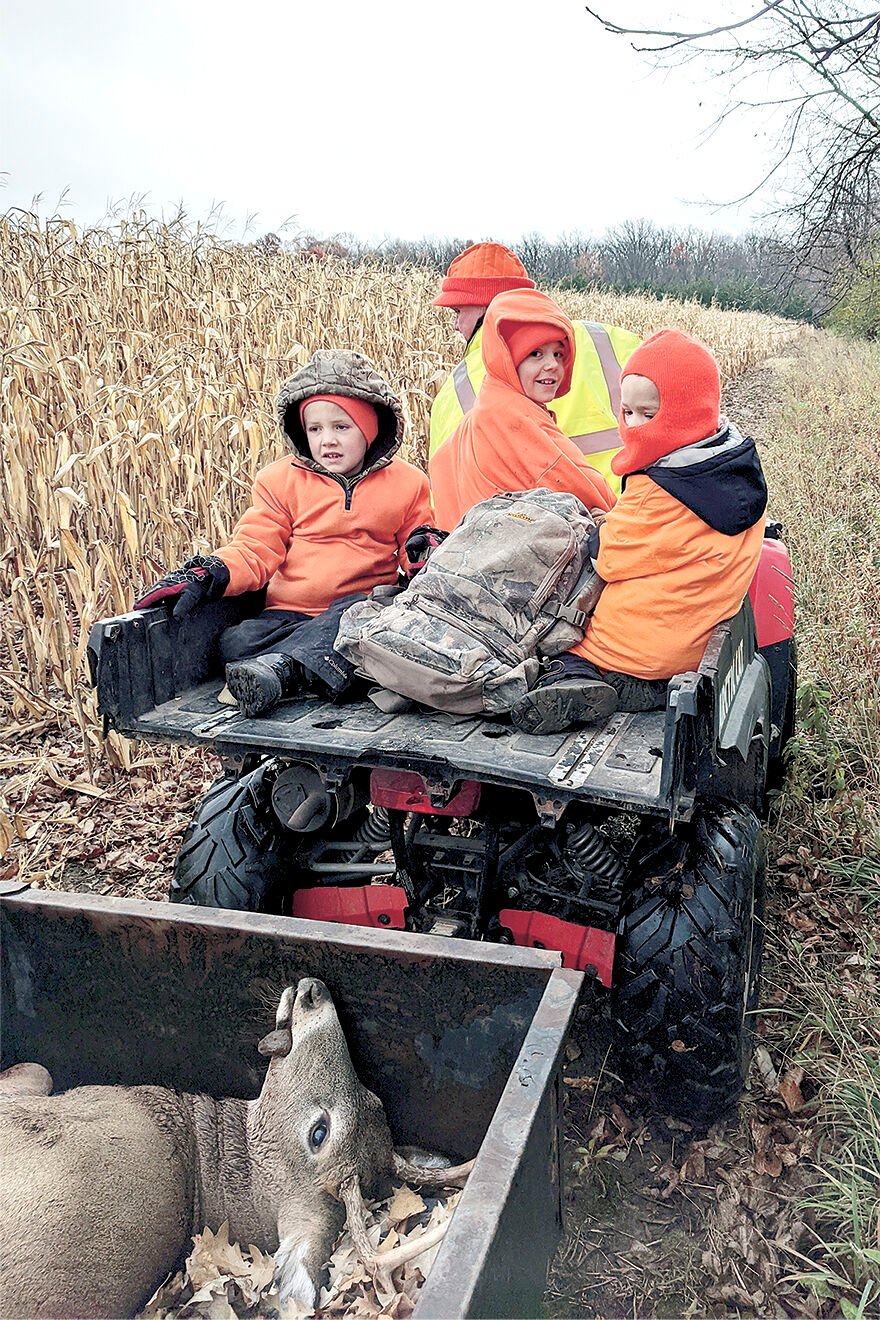 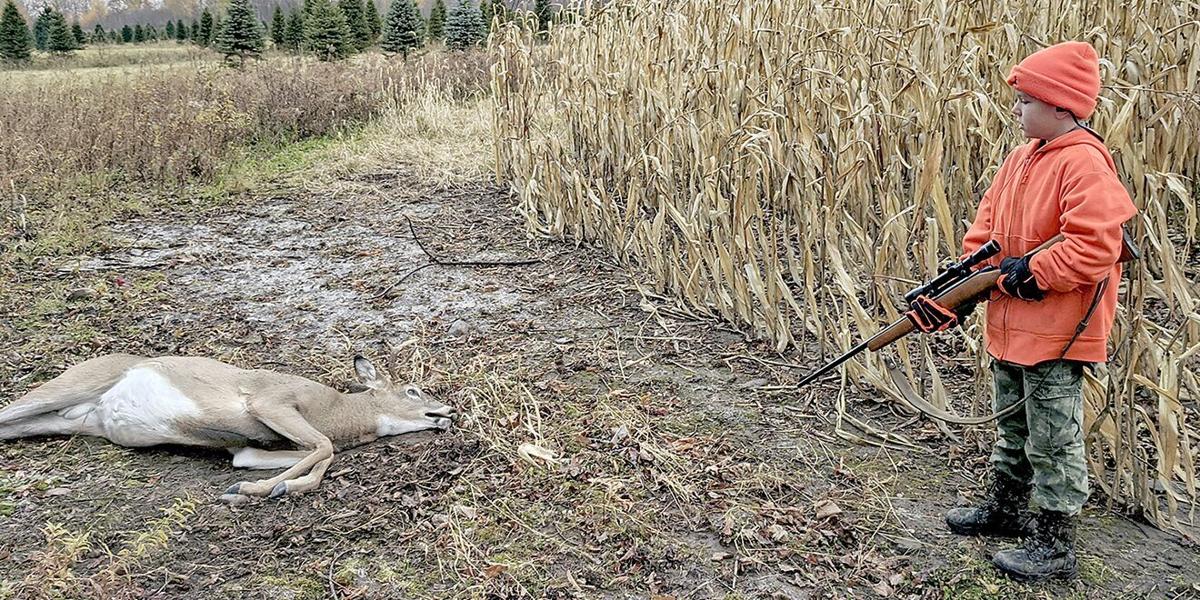 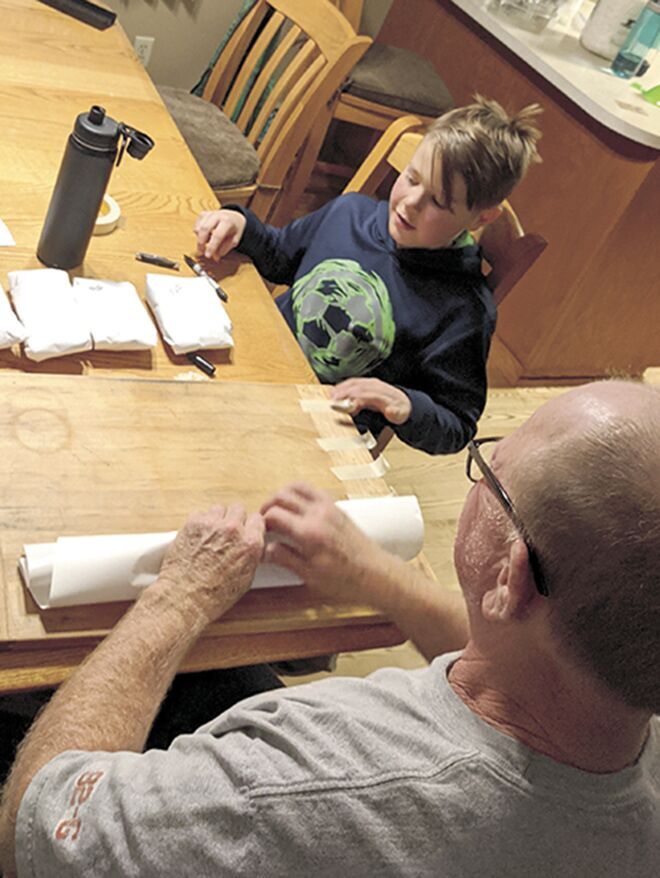 The family all helps to butcher the deer and wrap the meat for storage in the freezer. 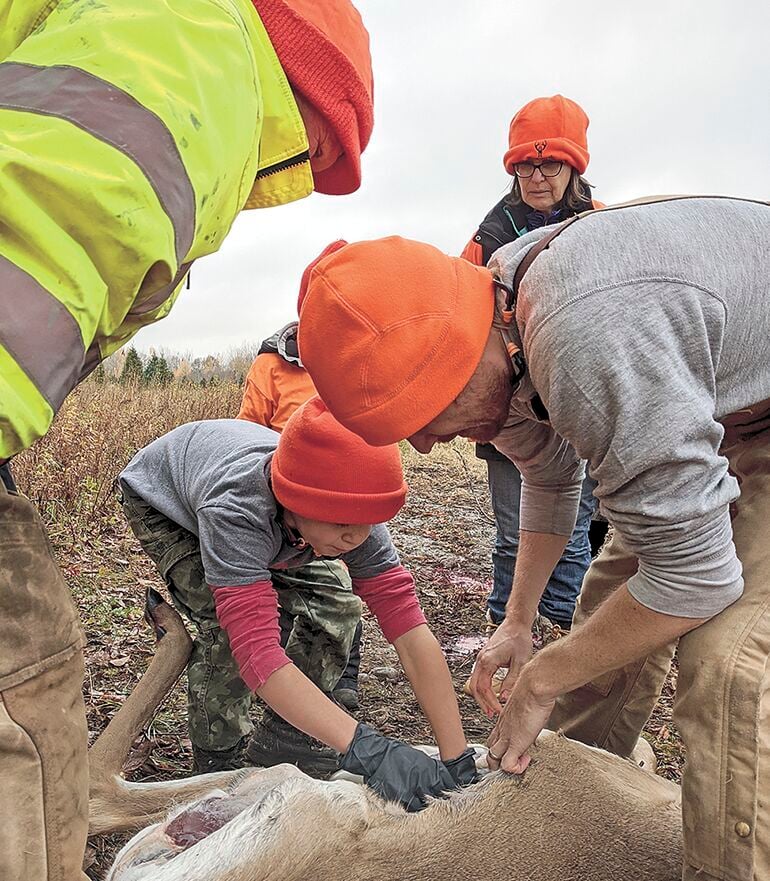 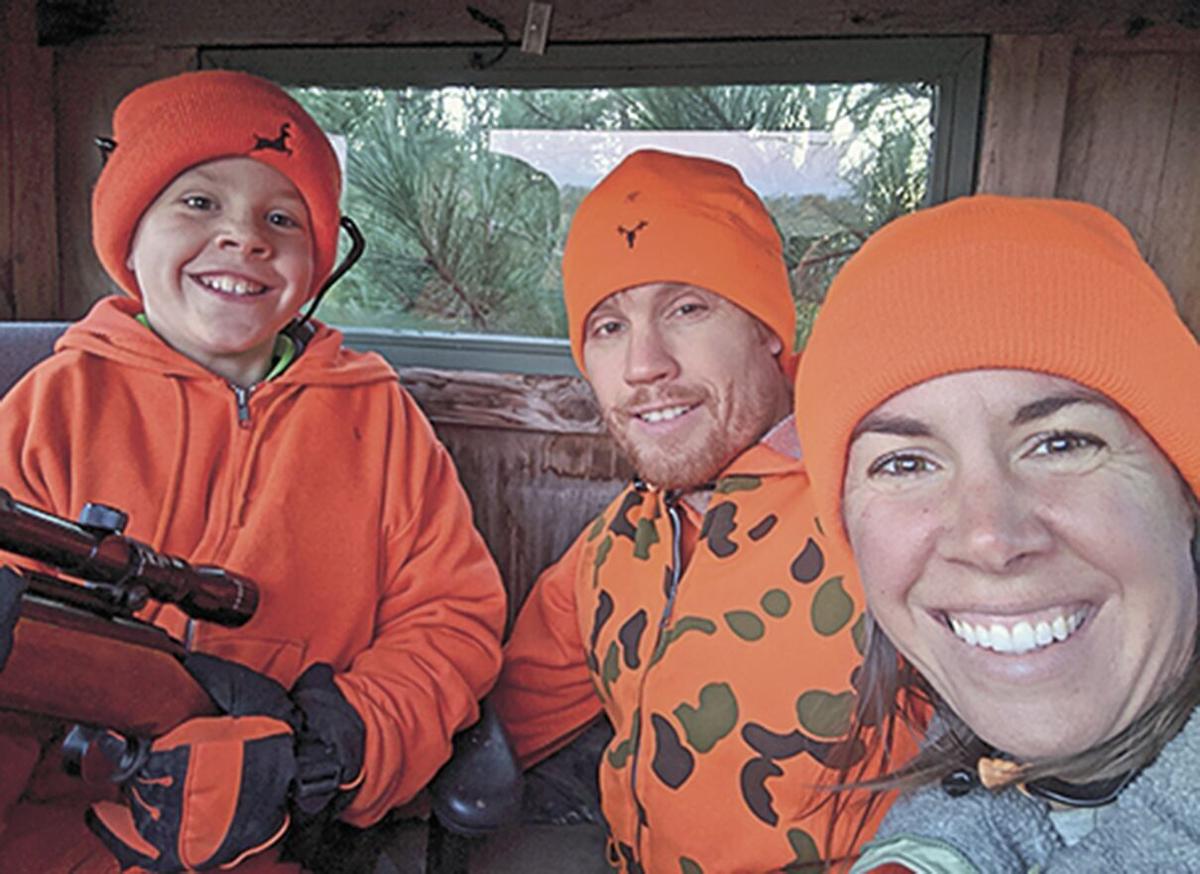 From l-r, Ian, Jason and Anna passed the time together in the deer stand.

The family all helps to butcher the deer and wrap the meat for storage in the freezer.

From l-r, Ian, Jason and Anna passed the time together in the deer stand.

It was a long shot, especially for someone so young. The forkhorn stood broadside on the edge of the cornfield, nearly 190 yards away.

Guided by his parents, Jason and Anna, Ian shot his very first deer on Oct. 19 during a special Minnesota youth deer season. Ian and his family live in Minneapolis, and hunt at the home of his grandparents, Don and Vicki Lindquist, east of Mora.

Jason is raising his three sons the same way his father raised him to hunt, particularly by getting them involved at a young age.

Before he was old enough to hunt himself, Jason accompanied Don on hunts including sitting with him in the deer stand, walking alongside him on drives, watching the field-dressing of a harvested deer and helping process the meat in the kitchen.

Jason has done the same with his sons, Ian (10), Devin (7) and Jackson (5). For a proud dad, teaching his children has given new meaning to the activity.

“It’s been enjoyable to be able to include Ian in it, whether that is sitting in the stand, or going out in a boat for duck hunting. It adds a new dynamic and a new enjoyment to it,” said Jason.

Anna joined the boys in the stand during Ian’s first hunt. While she isn’t a hunter herself, there are many things about the experience she values and why she feels it is important to pass on to her children, including “the time outside, the nature, watching the sunrise, seeing the birds, having time to read a book, the time spent together and the practicality of learning the connection and value of what we eat.”

Jason agreed. “I enjoy being outdoors, the challenge of the hunt and the experience of being with each other ... There’s excitement, anticipation, and kind of just walking through life and the emotions that come with deciding if you kill the animal or not.”

It’s a big experience, especially when it comes to field-dressing the animal (removing the internal organs). Jason said it was interesting to see his sons react in different ways. While Ian was initially a bit more apprehensive and put off by the smell, Devin seemed more intrigued.

Jason takes it as an opportunity to teach about anatomy and biology, giving the boys a tour of the organs as they go and even demonstrating how the lungs work.

For the Lindquist family, hunting season is about more than just waiting for white-tails. It’s also about being together with family: sisters, brothers, grandparents and cousins — all together.

It’s a time of year when they get to spend quality time with each other in the outdoors, away from electronic distractions. When it comes to the tasks of hauling, skinning and processing the meat of the deer, many hands make light work.

The family also enjoys big meals together, like a hot breakfast of pancakes and bacon after the morning hunt.

Another one of Don and Vicki’s grandchildren, Isaac, has just turned 10 and will be hunting for his first deer during this deer season.

For next year, Ian will be doing some target practice. “I need to practice long range,” he said.