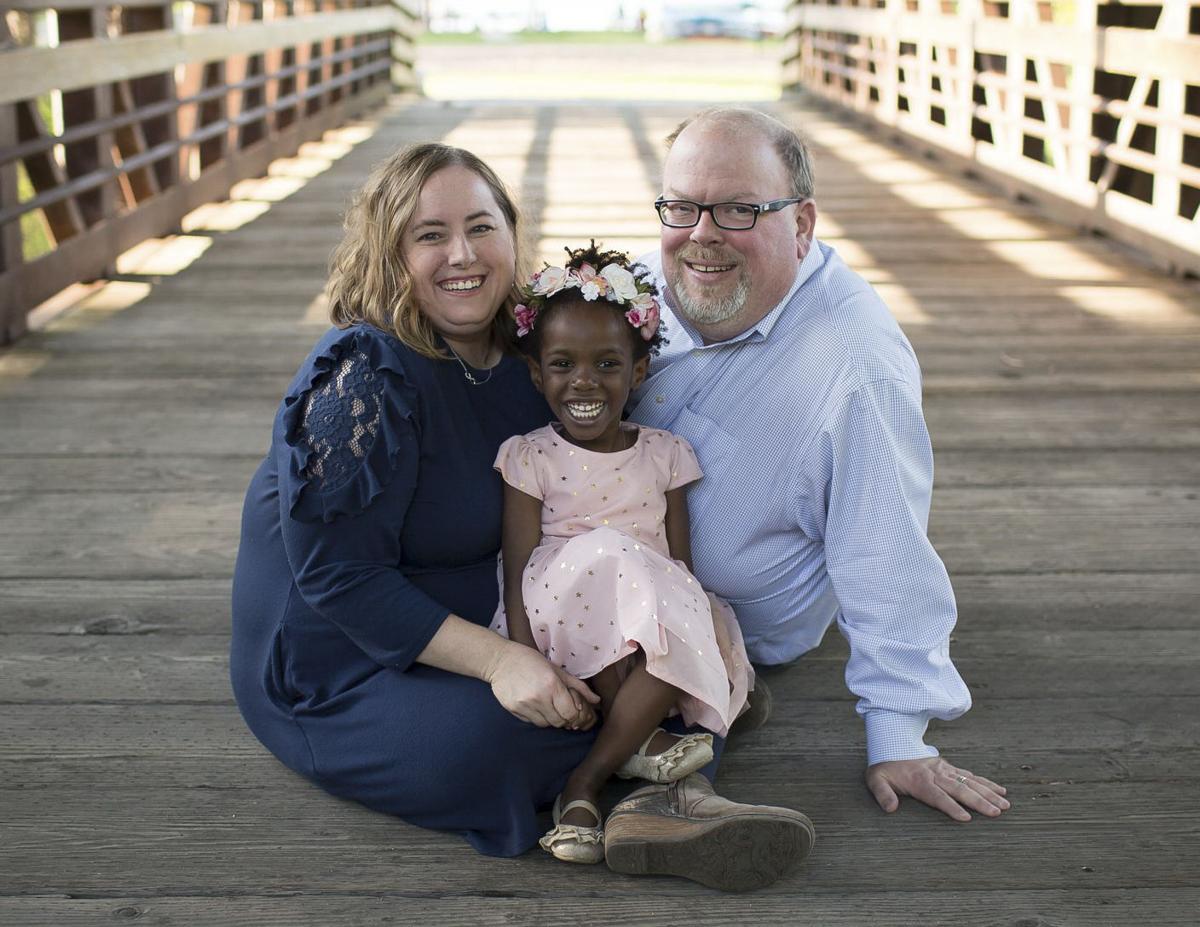 Jenny and Paul Lutter adopted their only child, Annika, from a Haitian orphanage in October, 2018. 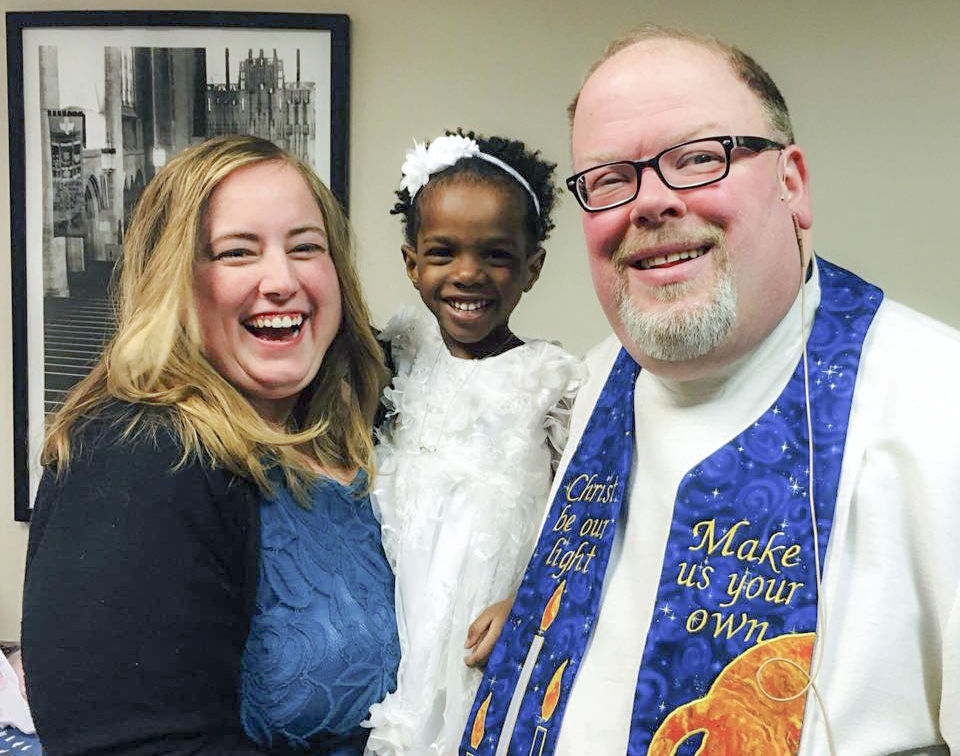 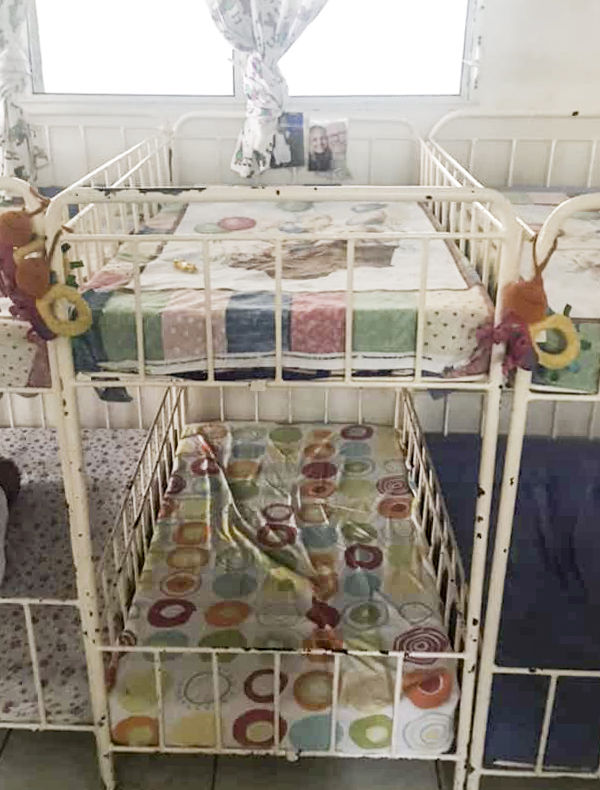 A photo of Jenny and Paul attached to Annika’s bed at the orphanage reminded her of her parents-to-be.

Jenny and Paul Lutter adopted their only child, Annika, from a Haitian orphanage in October, 2018.

A photo of Jenny and Paul attached to Annika’s bed at the orphanage reminded her of her parents-to-be.

During their very first date, Jenny Koehnen told Paul Lutter flat out: She was adopting a child from Haiti and that was that. If they were ever going to have a second date, he would have to be OK with it. Paul himself had attempted to adopt a child in the past —so that suited him just fine.

“We just knew right away we were going to be together,” Jenny said.

That first date went on for three hours. Then there was another, and another. They were married on June 10, 2017. Today the Lutters live in the Plymouth area; Paul works as the Pastor at Grace Lutheran Church in Mora.

Before she had even met Paul, Jenny had traveled to Haiti multiple times a year leading missions trips to Haiti through an organization called Healing Haiti. There she witnessed extreme poverty as she delivered food and water to poor neighborhoods and visited orphanages and hospitals.

Jenny recalled being approached by Haitian mothers, handing her their babies and asking her to take them to a better life.

“It shakes you to the core, to have a mom hand you their little baby and say, ‘will you take this baby home?’ They so desperately want their baby to have a better life out of love for that child.”

Jenny described her decision to adopt from Haiti as her calling.

“I was single, in my late 30s, I wanted to be a mom and I saw all these babies that needed mommas,” she said. “I just felt that was where my heart was leading and what God was calling me to do.”

Jenny described their proceeding adoption journey as a joyful, yet intense adventure.

Within a year of their marriage, the adoption agency matched the Lutters with a young girl at an orphanage. In February of 2018 they flew to Haiti to meet Annika for the first time, just in time to celebrate her third birthday.

“We were completely in love,” said Paul. While visiting Annika at the orphanage, Paul said it was stunning to watch other mothers, approach the orphanage trying to find better lives for their children.

The Lutters stayed for nearly three weeks while they bonded with her and were evaluated by social workers.

“From day one we could see how wonderful she was,” said Paul. He described Annika as hesitant at first —thinking perhaps that they wouldn’t take her home, or would decide to adopt a different child instead.

The hardest part was leaving. The Lutters had to go back home, but couldn’t take Annika back with them. Not yet.

Three-year-old Annika didn’t understand why they would need to be separated and the sting of being brought to the orphanage by her birth mother was still fresh.

Annika was left with a picture of her future mom and dad which was kept attached to her bed at the orphanage.

Months later the Lutters had their second visit which lasted a week. On their third visit in October, 2018, the Lutters could take Annika home.

On Oct. 25, 2018, with hands held by her new parents, Annika left what she knew to fly to the United States and begin a new life.

It was a stressful transition. Everything was different from the food, the language, the culture, the weather and the people.

Jenny said these caring mother figures in Annika’s life have helped her be open to love.

Still, some of those original fears linger as the trauma from Annika’s past life followed her to Minnesota.

“She thinks if we aren’t happy with her that we will bring her back to the orphanage,” described Paul.

Paul said they are very deliberate about letting Annika know she is loved and that they are happy with her.

In addition to challenges that come with adoption, Jenny and Paul are white, while Annika is black.

“There are some challenges with being a bi-racial family,” Jenny said. “I don’t want her to feel alone in her culture. So we try to do things with her and celebrate who she is, where she is from and connect her with other people and her language.”

The Lutters have made it a priority in raising Annika that she stay connected to her origins. Through her work with Healing Haiti, Jenny has several friends who have adopted children from Haiti and friends who speak Annika’s native language: Haitian Creole

Creole is similar to French — which Jenny is fluent in. At home, Annika’s nickname is “Ti Fi” which is Creole for “little girl.”

Jenny plans play dates with other children who have similar pasts.

“I know it means a lot to her to be with other kids who have the same story as her,” she said.

It has been a year since Annika came to be a part of the Lutter family.

Today, Annika’s life is filled with joy. She enjoys attending pre-school, loves to dance, do gymnastics and go see movies with her dad.

She is very social and has made friends with many members of the Grace Lutheran congregation.

Paul described the congregation of Grace Lutheran Church in Mora as wonderfully welcoming. The congregation held a “baby shower” for the family, and  joined them in the celebration of her baptism.

Jenny described a new family full of joy and love.

“We’ve waited a long time and wanted this so badly. It has been wonderful and a fulfillment of a dream we all had.”