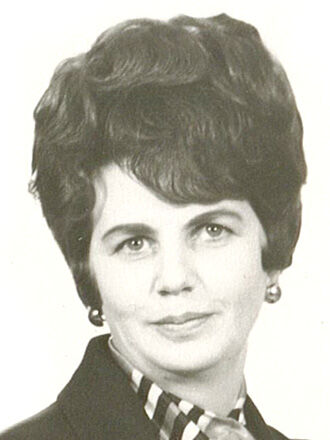 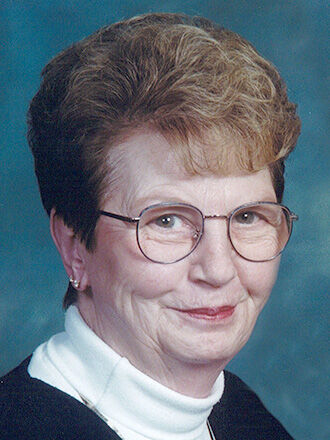 Donna Jane Stromberg of Mora, died on Tuesday, Oct. 13, 2020 at Elderwood Senior Living in Hinckley. She was 83 years old.

She was born on March 16, 1937 in Braham, to Carl T. and Elise (Soderstrom) Nelson. She was the third of seven children. She attended the Day country school until the fourth grade when the family moved to their farm in Ogilvie. She graduated from Ogilvie High School in May of 1956.

On July 28, 1956, she was united in marriage to Marvin Stromberg at the Methodist Church in Mora.  To this union, three children were born. The couple made their home just south of Mora to raise their family. Once the children were in school, she went back to work, first at the Holiday Grocery Store and later at Mora Drug/Coborns where she worked as a pharmacy tech until she retired.

She was a member of the First Presbyterian Church in Mora where she taught Sunday school for many years. She loved spending time with her family and friends. She was always ready and willing to help others whenever needed. She always enjoyed working out in her flower gardens and keeping her yard looking beautiful. In later years, she and her husband enjoyed camping in their motor home. She loved music and even as her memory faded with dementia, she still remembered all the words to her favorite songs.

She was a wonderful wife, mother, grandmother, great-grandmother and friend. She will be truly missed by all who knew and loved her.

A funeral service was held on Monday, Oct. 19, 2020 at the Akkerman Ingebrand Funeral home in Mora with Pastor Karen Lewis officiating. Burial was at Braham Mission Covenant Cemetery in Braham. Arrangements were by Akkerman-Ingebrand Funeral Home.  Condolences may be posted at www.aifuneralhome.com.