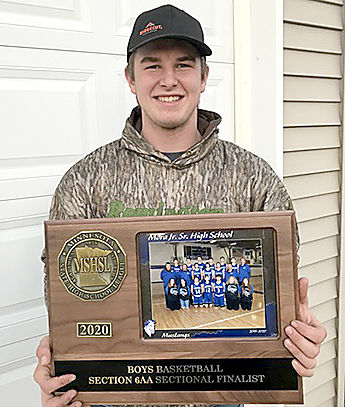 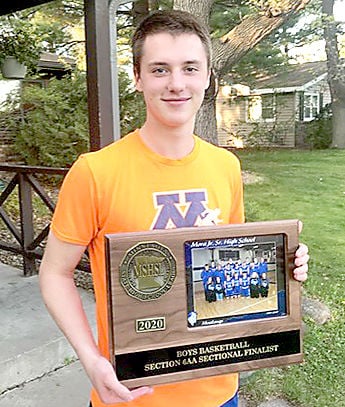 The Mora boys’ basketball team was on the verge of a possibly historic season. The only Mora boys’ basketball team to participate in the state tournament was in 1958. This past season the team was one win away before everything got shut down due to the COVID-19 crisis. That does not detract from the incredible season the team had. The Mustangs finished the season with a 22-7 record. The team had an 11-game winning streak during the year and won their last five, including three section tournament games. Mora was slated to take on Melrose in the section finals at St. Cloud State.

Typically, after a season, teams will hold an awards banquet. Because of the unprecedented circumstances this season the boys had to hold their awards banquet virtually over Google meet.

The following are the award winners for the 2019-2020 boys’ basketball season: