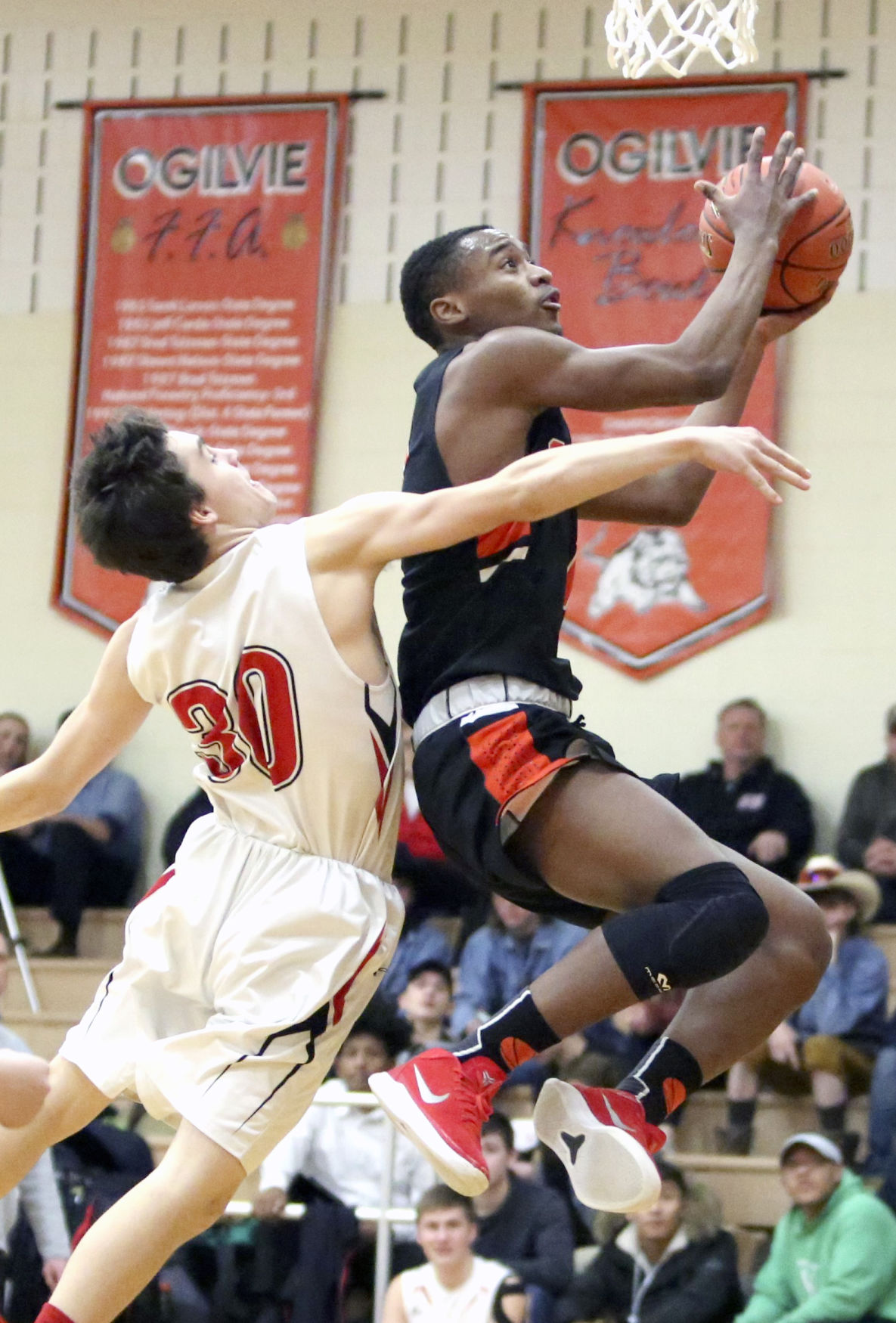 Ogilvie senior Darius Vanable leaps past Hinckley-Finlayson’s defense on Jan. 16. The game ended in a loss for the Ogilvie Lions, 41-65. 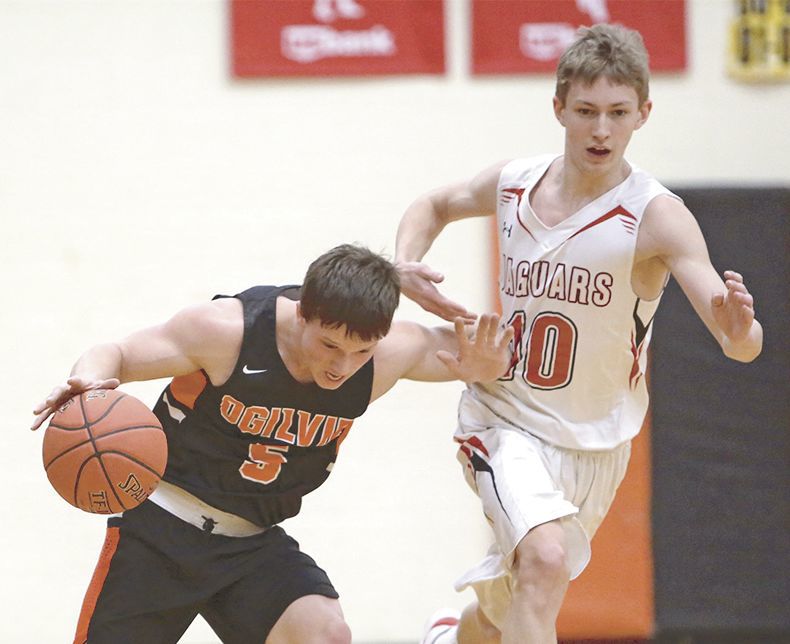 Ogilvie No. 5 Brian Nelson digs deep to push past his defender.

Ogilvie senior Darius Vanable leaps past Hinckley-Finlayson’s defense on Jan. 16. The game ended in a loss for the Ogilvie Lions, 41-65.

Ogilvie No. 5 Brian Nelson digs deep to push past his defender.

After a disappointing 2018-19 season the Ogilvie Lions boys basketball team began 2019-20 with two solid wins on their home court.

“Last year I had the opportunity to coach our junior-high guys,” said first-year head coach Sam Weaver. “And this year, to fill our varsity and junior varsity rosters, we pulled up five of our eighth-graders. So they have the opportunity to play at that level, to get experience and build confidence.”

“I believe a basketball game is made up of a number of smaller games, a number of opportunities to win. So we’re focusing on those little wins, and having them all add up to the bigger wins. We always compare how we’re doing with our first week of practice, and see how far we’ve advanced.”

The Lions defeated Math and Science Academy 55-52 on Dec. 16, and North Lakes Academy 63-47 on Jan. 9. After nine games they hold a 2-7 record, eighth place in the Great River Conference and 11th in Section 5 A South.

“During the North Lakes Academy game, you could see that our guys were on point and ready to go,” said Weaver. “We did just about everything right. That by far has been our best game so far.”

Last spring the team finished with a 0-22 record, eighth in the GRC and 10th in the subsection, and was eliminated from postseason play by a loss to Onamia.

Besides activating younger players, Weaver said a key difference has been the leadership of older players. “We have three seniors on this year’s team. One is a returning veteran, one transferred in from another school, and one hasn’t played since sixth grade. The three show exactly the right kind of character that I try to implement on our team. At the same time, we have a sophomore class that has been grinding for years now.”

Weaver’s goals for postseason play are clear. “I just want to open some eyes,” he said. “When a team sees that it’s matched up with Ogilvie, I want them to have to dig into the scouting report.”

This week the Lions begin a stretch of road games: they will travel to Northland, Isle, Pine City, St. John’s Prep and Rush City before returning home to host Onamia on Jan. 30.