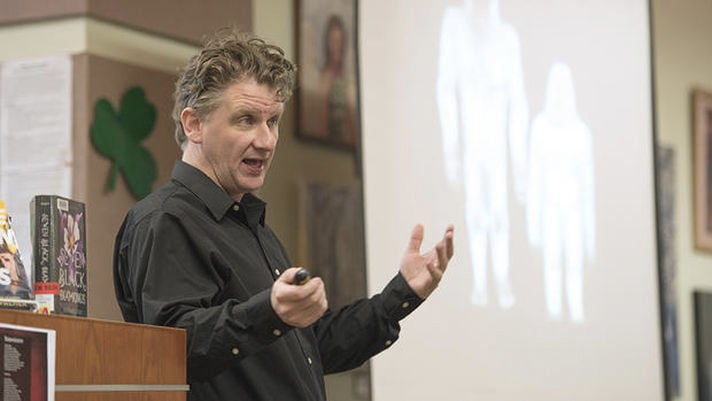 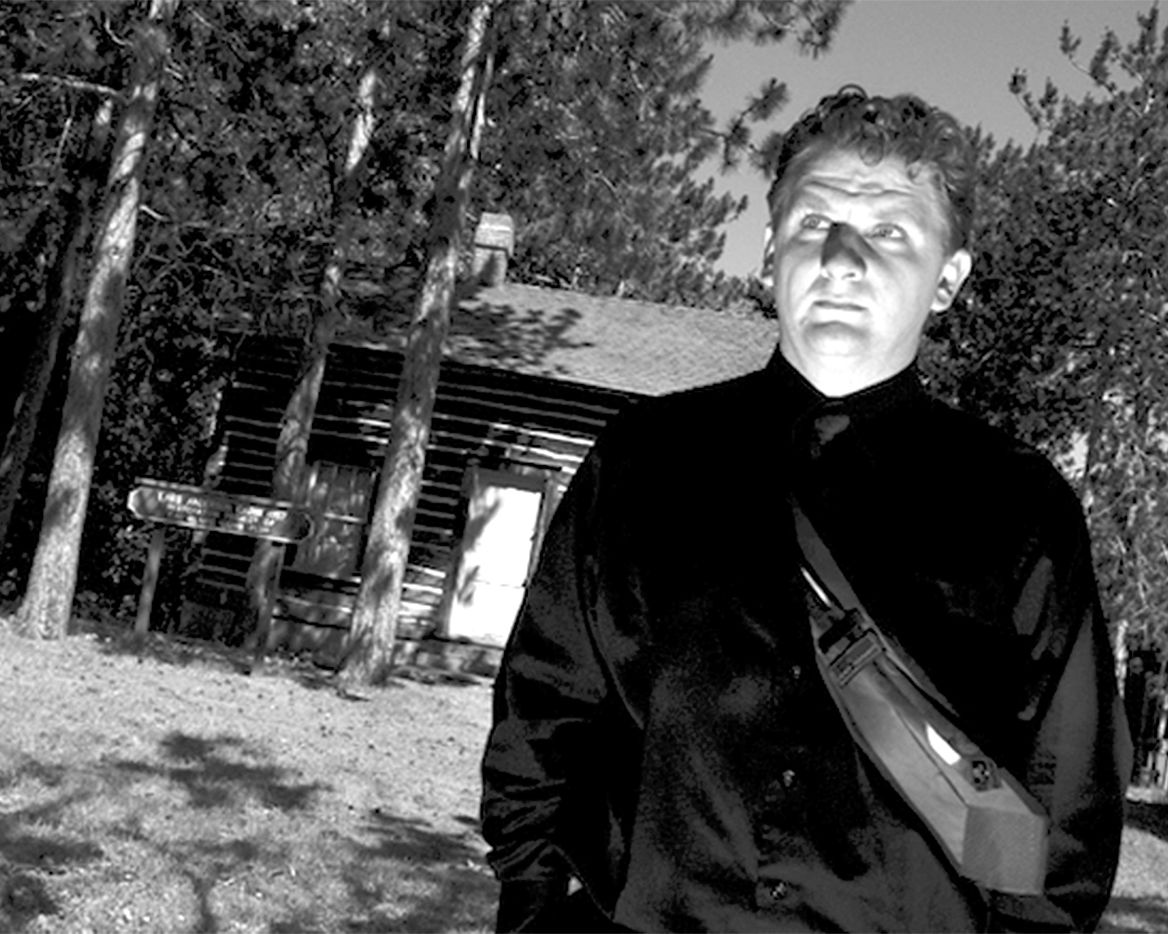 Who would have guessed that you don’t need to believe in ghosts in order to devote your life to chasing them? Chad Lewis has been a paranormal investigator for the past 23 years, researching everything from UFOs to haunted houses, monsters, vampires, werewolves, bigfoot, chupacabras and other odd and unusual phenomena.

He will be giving a free presentation at the Mora Public Library on Oct. 23 from 6:30 to 8 p.m., called “Bizarre History of Minnesota – Strange Stories From Our Past,” where he will showcase over 100 unusual stories from Minnesota’s newspapers.

Lewis has given presentations at hundreds of schools, libraries and private events. He gathers stories from eyewitness accounts, historical societies and newspaper archives.

“I never tell people what they should believe,” he explained. “I give them the mystery, the background, the folklore and leave it up to them to make up their minds.”

Lewis has been featured on TV shows such as Discovery Channel’s “A Haunting,” William Shatner’s “Weird or What,” ABC’s “Scariest Places on Earth,” and “Monsters and Mysteries in America,” as well as countless radio interviews.

Lewis has lived most of his life in Wisconsin, except for a decade he spent in Minneapolis.

“I grew up Eau Claire, near three cities which all claim to be the UFO capital of the world,” Lewis laughed. When he was in high school, he became curious why people saw UFOs there, and began talking to people and asking them questions. He went on to earn a master’s degree in Applied Psychology from the University of Wisconsin.

Lewis started out as an atheist, and his goal was simply to study why some people believe in the weird while others don’t. But about 10 years ago his view shifted, and now he finds himself more of an agnostic.

“I simply don’t know,” Lewis said. “When I started, I thought I would come to a quick conclusive answer and figure it out, but now I know that I may never answer those questions.”

Many of Lewis’ colleagues have burned out. “They’ve gone without any answers or conclusions for so long, that they have given up,” Lewis explained. But what keeps him going strong after so many years, is that he shifted his focus from trying to find out whether the paranormal phenomena are true or not to instead concentrating on the folklore of it.

“The recording and documenting of these legends is more important than solving them,” Lewis said. By documenting these stories, he makes them available for future generations.

Lewis authored 22 books, a few of them pertaining to Minnesota and the Midwest. He found that Minnesota has a wide variety of creatures, and that Minnesotans are more likely to tell him their stories because they are down-to-earth and feel more comfortable sharing, without the fear of being judged by uptight neighbors.

Lewis’ favorite field keeps shifting. UFOs used to be his favorite. Then hauntings. Now he is most interested in monsters because they are so bizarre. His adventures have taken him to Transylvania in search of vampires, to Puerto Rico for chupacabras, to Scotland for elusive monsters, to Ireland’s castles for ghosts, to Belize for Tata Duende.

So far he has been to 13 countries. His goal is to catch up to Robert Ripley, the host of “Ripley’s Believe It or Not,” who traveled to 200. Lewis’ next destination is Norway and Sweden, where he plans to explore the legends of lake monsters and little people.

Lewis is left with more questions than answers, and every time he has a theory on how to explain it, he’s back to square one. Perhaps because of our state, we are not evolved enough to understand yet, Lewis reasoned.

“The monsters could be inter-dimensional thought beings, instead of flesh and blood,” Lewis said. This would account for why there is no physical evidence found from them, such as their fur, DNA or bodies, and why they are not seen for long stretches of time, and then pop back in through the veil.

Lewis’ many talks with eye witnesses have taught him that supernatural phenomena seem to happen by random chance. The pattern is that there is no pattern.

“Rarely does it happen to those looking for it,” Lewis said. One man told him a story of his vacation in Florida, where he ate in a restaurant that he absolutely loved. When he went back on a subsequent visit, the restaurant didn’t exist. He looked for it and asked the locals, to no avail.

Another person relayed his experience of driving in Iowa, when all of a sudden everything turned to black and white and he found himself transported to the 1940s. The cars were different and so were the buildings. People were dressed differently, too. When this driver turned off the street, things were back to normal. When he went back, it was all gone.

“There is no rhyme or reason for these experiences,” Lewis explained. “It’s like a portal shift.”

One of Lewis’ favorite places is Lake Pepin, which is located between Wisconsin and Minnesota. There’s even a $50,000 reward for the capture of the Sea Serpent who is thought to live there.

One of the most haunted places he’s visited is Elk Lake Dam in Wisconsin, where a hitchhiker by the name of Mary was murdered in the ’70s, and since then people claim to have seen her, heard her screaming and felt her intangible presence.

Lewis also tells of the Lamberton cemetery in Minnesota, where people say they hear faint cries from a young girl who is thought to have been buried alive there. Lewis has also researched a doll in Janesville. One of the stories surrounding it is that a boy who took his own life transferred his soul into it, and now anyone who looks at the doll will be cursed. Lewis loves researching how stories progress and shift over time.

Lewis has used thermocams, EMF meters, night vision, trail cams, motion cameras and the assistance of psychics. But he feels that when investigators are too caught up in all of the equipment, they miss out on the experience of it, on the legend, on the surroundings. He encourages people to go out there and explore for themselves.

Lewis has found that people are seeking adventure and something offbeat. His presentations include photos, case history, eyewitness accounts and folklore.

According to Lewis, people who come to him with their stories are rational, logical, down-to-earth – just folks  who’ve had something happen to them that they can’t explain. And it’s the adventure of not knowing that keeps Lewis interested.

“The mystery keeps me propelled forward,” Lewis said. “It would be a sad day if it all gets solved.”