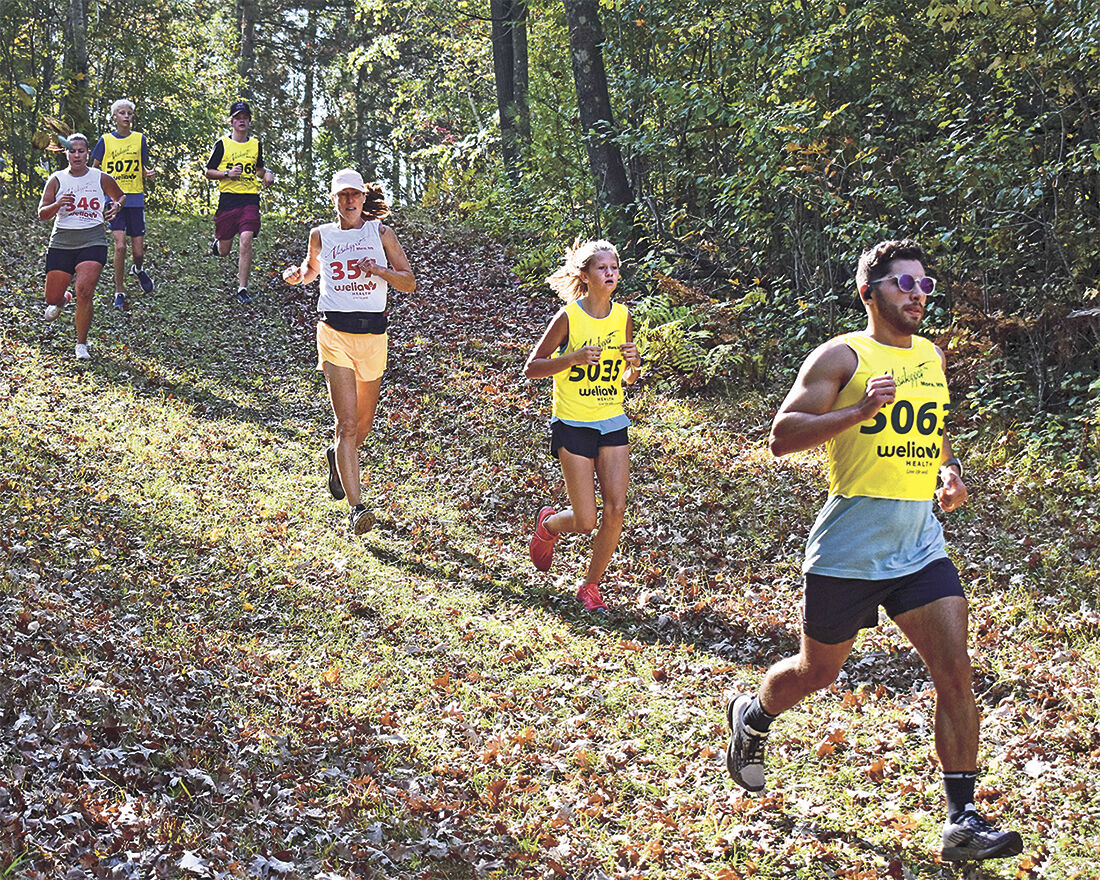 The Swedish Mile Run offers a mix of trails from wide, hilly ski trails  to narrow, singletrack bike trails through the woods. 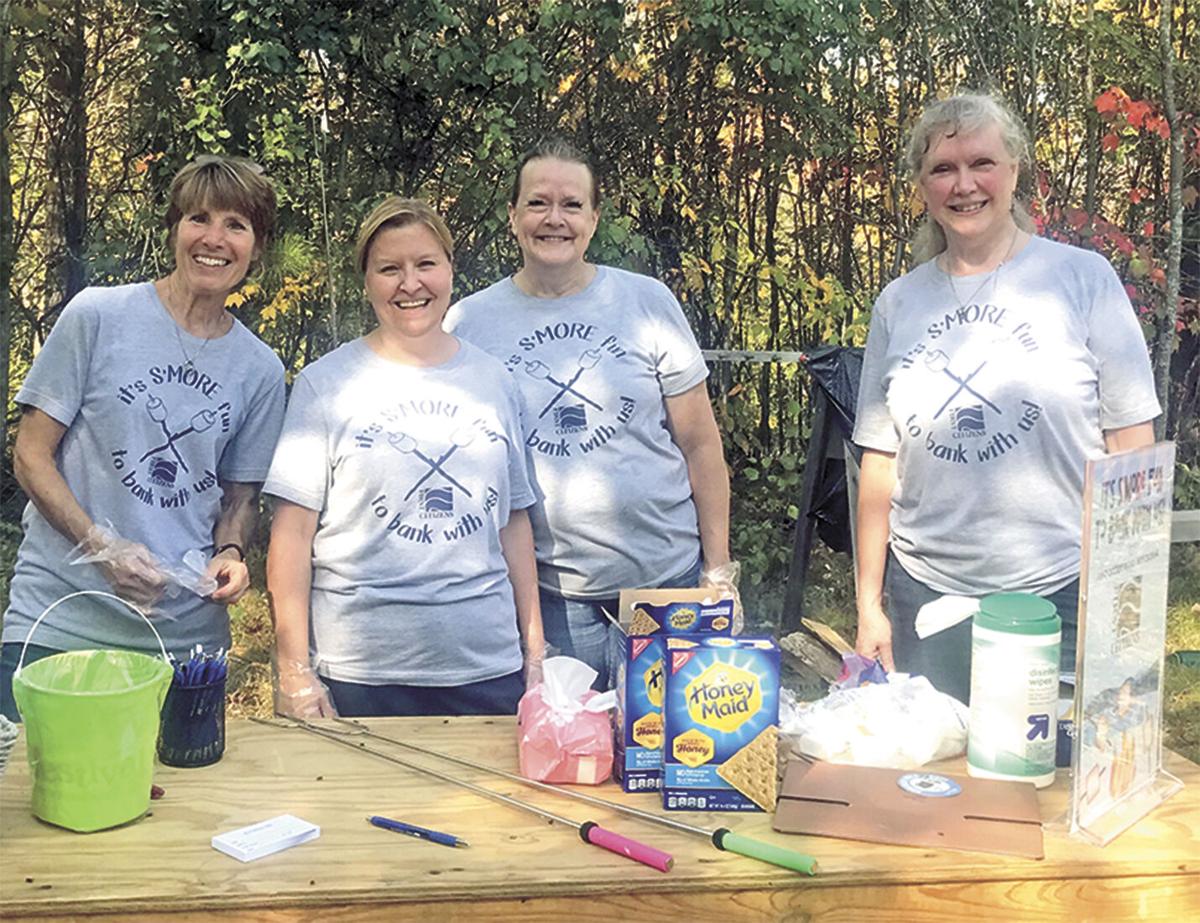 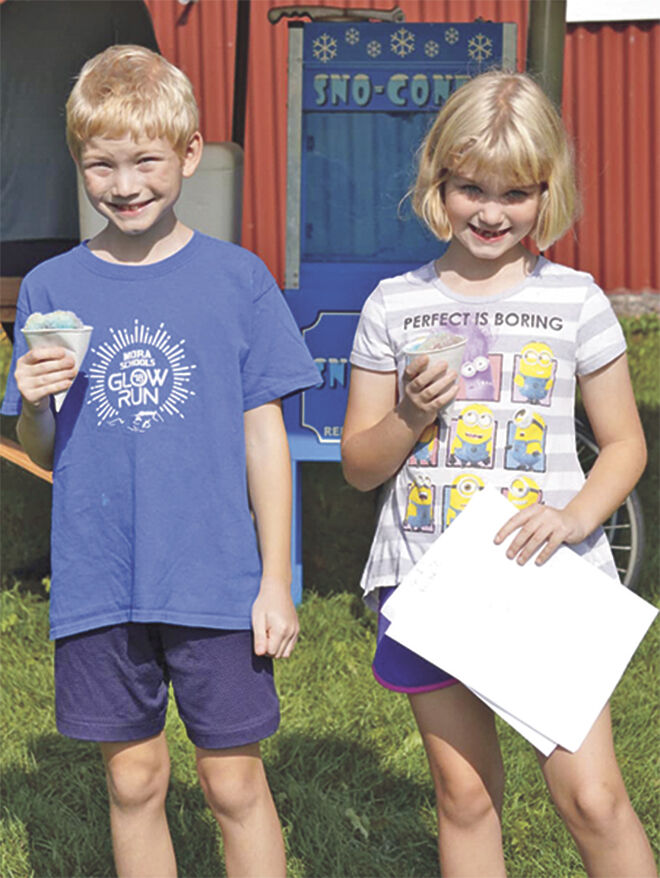 Kids got snow cones from the snow farmers. 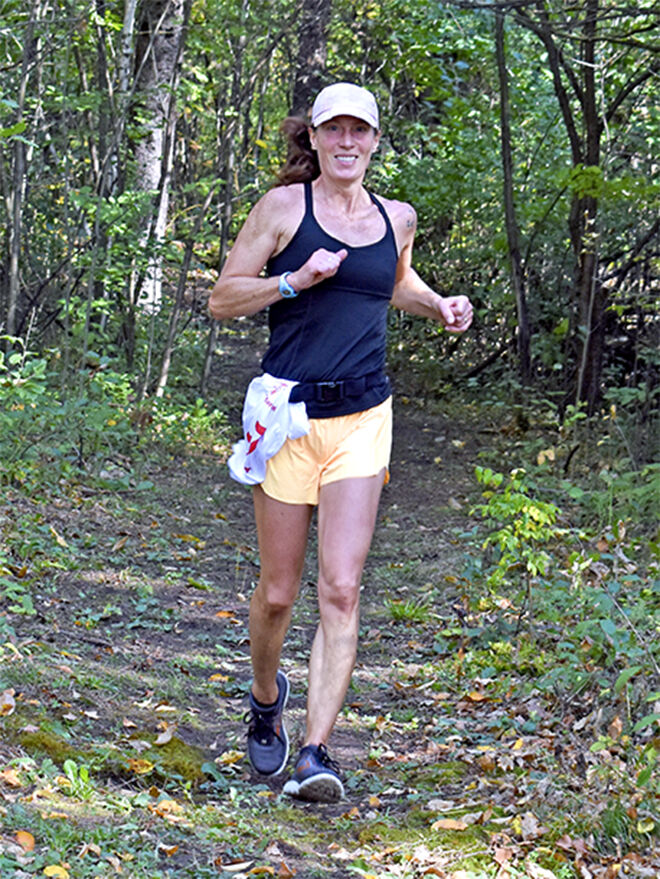 The Swedish Mile Run offers a mix of trails from wide, hilly ski trails  to narrow, singletrack bike trails through the woods.

Kids got snow cones from the snow farmers.

A local trail race that leads runners through wooded trails during the height of fall beauty has been gaining momentum, drawing runners to Mora from across the state.

The 5th Annual Swedish Mile Trail Race and Family Fun Day took place Oct. 9 on a nearly flawless autumn day. Although the leaves were not quite at peak color, the weather was gorgeous, and there was plenty of fall fun to be had. This year’s event took the trail race format to the next level and added a few new aspects that made it a particularly special day.

This year featured a kid’s race for the first time, which had 800 meter and 1600 meter distances. 39 kids aged 4 to 12 participated and seemed to have a spectacular time.

The race was particularly well-attended by members of the newly formed Cross Country Running Club for fourth, fifth and sixth graders. Wade Lennox, Swedish Mile volunteer, and CC Running Club coach said that the kids were very excited to get out and run this weekend.

“They have been training to not just run a mile but spent the last month learning how to race. I was very proud to watch the kids be able to run hard, have a lot of fun, and then get to spend some time hanging out together doing all the activities along the Vasaloppet trail.”

The Swedish Mile Trail Race itself made great strides by growing to 80 runners in the 5K/10K races (a 60% increase from 2020.) The course was full of rocks, roots, hills and colorful leaves as promised. This year’s racers did not have to contend with mud as in prior years due to the exceptionally dry conditions. Each year the course gets more refined and improves its “trail race” credibility as more and more single track trail is put into the north end of the trail system.

This year’s female winner in the 10K was local Phoebe Miron Kroll (1:06:18), while the men’s race was won by Andrew Weber of St Cloud (45:47). The 5K, while traditionally operated as a fun run, was populated with many junior high cross-country runners, and thus was timed. Local eighth-grade runners Chase Axtel (26:09) and Ada Halverson (29:11) took the top male and female spots in the 5K race.

Andrew Weber, a teacher and football coach at Sauk Rapids-Rice High School had never been to the Vasaloppet trails prior to the race and thus didn’t know what to expect. He typically trains on single-track mountain bike trails in the St Cloud area. He states, “I had no expectations for myself and just wanted to go out and compete and have fun while challenging my abilities... I sort of just relaxed and let myself get lost in the beauty of the course and the day.”

Regarding the course, Weber thought it was just the right kind of challenge. “I think the mixture between singletrack bike trails and ski trails really evened things out from a racing standpoint. The singletrack sections were tight and mandated attention to detail with roots and turns, but the open ski sections also gave way to many hills that were fun and challenges to battle through. I was not expecting so much elevation gain in such a short time. It made it exciting for me. I enjoyed the balance of these features. It mandated the changing of the dynamics of my running style throughout, which is something that makes trail running very enjoyable for me personally. I would have to open up my stride during the ski sections but really focus on small quick steps on the singletrack trails.”

Similar to Weber, Miron Kroll claims to have had no expectations of winning the race, stating; “I was just planning on having a nice run in the woods and was a little surprised to find out I’d won.” She goes on to say, “I love getting out on the Nordic Center trails and the Swedish Mile is a great opportunity to get outside, challenge yourself a little, and enjoy a nice fall day. I’m glad to see the event growing and expanding to include so many family-friendly activities.”

Mora CC and Nordic Skiing alumnus Jordan Woods took second in this year’s 10K race (up from third in 2020.)

“Living in Duluth, I do a lot of trail running, and it is super fun to be able to do a trail race right here in my hometown. The awesome volunteers made sure the trail was immaculate and we really could not have asked for a better day to run.”

Another innovation in this year’s event was having activities for families on the Nordic Center trails after the race. Dubbed the “trail passport,” attendees were given a list of seven different stations to visit on the Vasaloppet trail, for example, having a snow cone with a snow farmer or having a s’more at the marshmallow shack. Each station had a fun activity and an opportunity to learn a bit about the Vasaloppet organization.

Local resident Ryan Kroschel was at the Swedish Mile as a volunteer; his wife Katie ran the 10K, and his son Charlie ran the 1-mile race. He said, “My family had a blast at the Swedish Mile. It was another great reason to get out to the Nordic Center and enjoy the area at a spectacular time of year. The race was well organized and for a great cause.”

Kroschel was one of over 40 people who came out and volunteered to make the day a success, 119 runners participated in four races, and roughly 15 businesses and organizations sent resources, finances and volunteers to help make the day possible. All told, over $3,500 was raised to support snow-making at the Nordic Center.