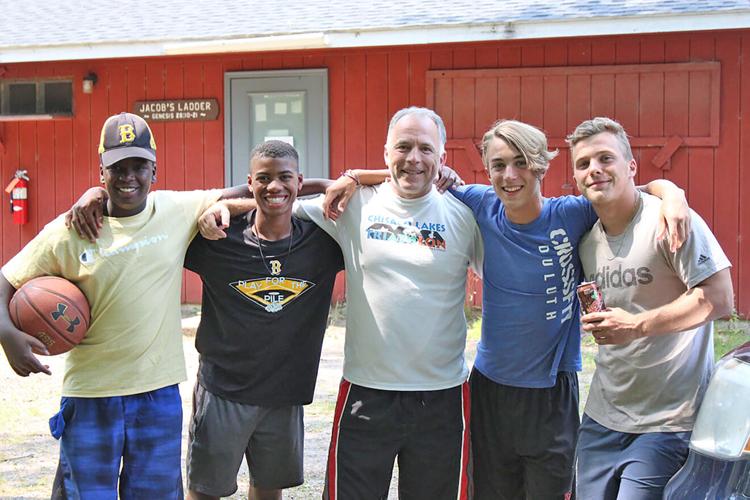 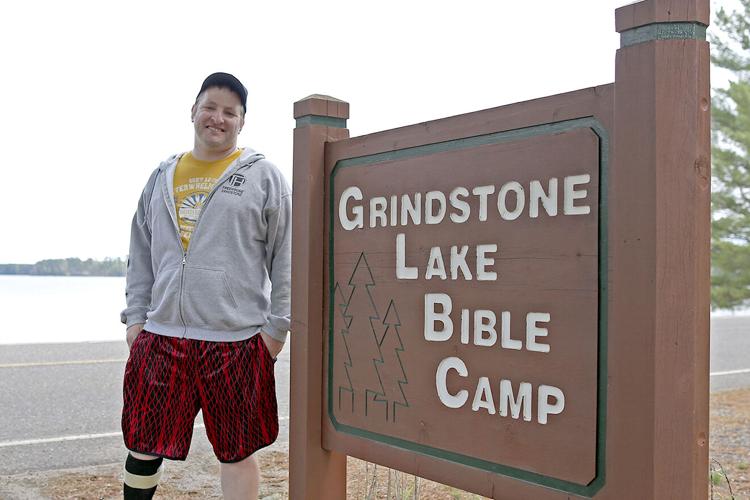 For many campers, summer camp at Grindstone Lake Bible Camp, located west of Sandstone, has become a lifeline and a place where connections are formed. Despite some challenges in the way of the pandemic and some personal struggles of the camp director, Kevin Burgess, camp planning is well underway and will happen as scheduled.

Coming out of a pandemic

“We were trying to do everything possible so we could run as soon as possible based on guidance on restaurants and schools and businesses,” recalled Burgess of the early stages of the pandemic.

He said that the camp determined a plan on how to clean and how to start up during the onset of the pandemic in 2020 with a day camp. “We started with five kids in the day camp and were up to 40 kids per day midsummer.”

The first week of July of 2020, overnight camp would start back up, but camp would look differently. Campers would be placed into cabin pods that would be timed and would travel together, according to the health inspector’s plans. There was a quarantine cabin for campers who had COVID symptoms, and Burgess was required to do contact tracing for anyone who even had a cold. This was all before testing was readily available.

Last year, things relaxed, noted Burgess. “It wasn’t that we didn’t take it seriously or continue cleaning, but it was like some herd immunity had already come about, and things were less scary as the vaccine had been more widely applied,” said Burgess. “We had a better understanding of how to kill it. We kept a drive through check-in, with cabin pods and cabins eating together. There are a lot of things we still do, as a result of the pandemic changes, because it builds community.”

One thing observed was that after campers didn’t have in-person school for almost a year, the interpersonal skills and communication was greatly lacking. “When they came back together, they had to learn to communicate again,” said Burgess. “We go tech-free for the week, and they really start to learn to interact with each other and the bonds come naturally.”

Burgess noted that it’s not just coming out of a pandemic which is a challenge for the campers. Some of it has to do with kids’ home lives and the area in general, where children may not have opportunities available for positive interactions.

Burgess noted that one camper didn’t want to continue to be bounced from house to house and wanted to stay with the foster parents he had. “When he made a decision (to accept the Lord), he spoke to his counselor about some of his troubles. We were able to understand what he was going through and speak to his case worker. He really opened up and spoke about wanting to live differently … he felt his future may either be in jail or dead.”

Creating a safe place, where a camper can make a decision based on something they hear in chapel or during devotional time in the cabin, is something that happens regularly at GLBC. “When a kid makes a decision for Christ, it changes their outlook rapidly, and they ask so many questions,” noted Burgess. “It gets deep very quickly.”

He added that the staff focuses on building intentional relationships. “The kids can see that there is something different about the staff and that we care about where they’re going and what they’re doing with their lives,” he said.

Forming connections with other campers is also something that happens at camp. “A camper might have a couple kids with them when they come, but they leave with other contacts and social media connections … and take those connections home with him,” said Burgess.

Amid the typical pandemic struggles and challenges of gearing up for this year’s summer camp, Burgess has been facing his own personal challenges.

This spring, Burgess had a seizure in the middle of gym class, where he is a teacher at East Central Schools. Two and half hours later he came to in the hospital and learned that he had a tumor in his brain.

“It made a lot of sense and cleared up a lot of questions because I had the tumor right on the motor cortex part of my brain that controls my right foot, which had been going numb over the past school year once in a while,” recalled Burgess.

He was then transferred to the neurosurgery unit at the University of Minnesota for MRIs and to get a plan of treatment.

“You don't know what it is until they take it out of you and until there’s a biopsy or surgery to remove part or all of it,” he said.

He decided, at the advice of his doctors, to do an awake craniotomy, which is a surgery where the patient stays awake to avoid critical damage that may cause paralysis.

“It was crazy. You kind of just have to trust the surgeon,” recalled Burgess. “I was thinking about a lot of things during the surgery and responding when they asked me if I could move. He would make his cut and teach about what he was doing and go through each step. I was in really, really good hands.” But the surgeon had to stop with about one-third of the tumor still there because Burgess lost feeling in his foot and couldn’t move it the way he wanted to.

Now Burgess is recovering at home and on leave from teaching with regular physical therapy to regain proper use of his foot.

He was diagnosed with Grade 2 Astrocytoma, also known as Diffuse Astrocytoma. This is a slow growing form of brain cancer that has no cure but can be managed with treatment as time goes on. It is also very rare that this tumor would spread.

The treatment plan is to watch and wait and to not go through chemo or radiation at this time. Burgess will undergo regular scans, and if the tumor grows, his medical team will look at options of surgery and/or chemo or radiation, depending on what is seen on the scans.

His camp family, school family and biological family have taken care of Kevin and his family, wife, Amber, and two young sons. “They’ve been more than accommodating and have stepped up to make my recovery as easy as possible,” said Burgess, adding that this has given him time to recover from the brain swelling and that he is unable to stand for long periods of time.

Burgess said the support has come with a lot of cards and people reaching out to let them know they’re praying for and thinking of them, and that if they needed anything, they could reach out. People have also helped financially to help cover the numerous trips to the Twin Cities, food and with time off at work.

“You don’t realize how tight knit the community is until you go through something like this,” noted Burgess. “A lot of people stepped up and handled the camp start up.”

As for camp needs, GLBC is in need of about 6-10 people to complete the staff. The requirements are that helpers be at least 14 years old to be in the kitchen and over 16 years to be a counselor or lifeguard.

He added that he is thankful for the many scholarship donors due to the unprecedented number of scholarship applications this season. He said there is still a need for donations toward scholarships (approximately $10,000), toward the bathroom remodeling project (approximately $35,000) and benches/picnic table materials (approximately $3,000). “We are also in the process of looking at building a memorial pavilion which would be a meeting place for churches or groups to have cookouts,” he said. He added that there is a search committee looking for an assistant camp director to help operate the camp this summer.

For those wanting to donate, there is a “giving” page on the camp’s website which can be found at http://www.minnesotaministry.org/give.html or more information can be found by emailing glbcdirector@gmail.com.

The camp is located at 13222 Grindstone Lake Road, Sandstone, MN. The website is  http://www.minnesotaministry.org/, and more information can be found by emailing Amber Burgess at glbcregistrar@gmail.com or calling (320) 245-2777.

“I think about the investment that people have put into me and I still have time to put into other people,” said Burgess. “The investment you put into one person can change not only their life but also many other lives. I’m at the point of knowing that’s what I really want to do.”