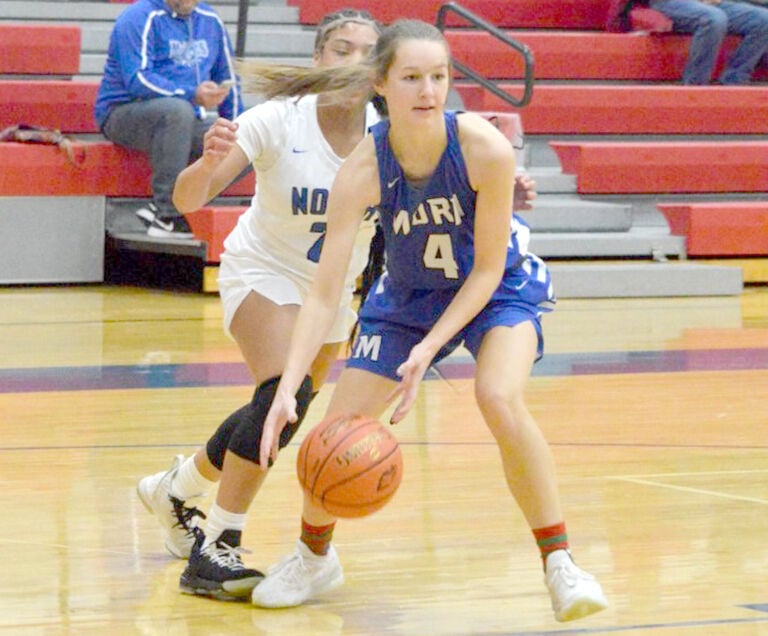 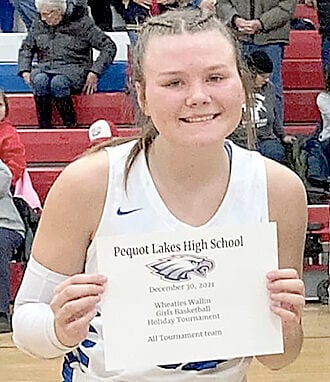 Mora controlled the paint and drove the lanes, getting 46 points in the paint. Mora scored 20 points off 23 Polars’ turnovers. Leading the Mustangs in scoring was senior Katie Yoder with 15 points. Seniors Madison Peirce and Jaiden Robb added 14 and 12 points respectively. Ellian Schritz pulled down nine rebounds, six of them on the offensive side, and scored eight points.

“The scoring was spread out. There were some stretches where we played well and times where we didn’t, but the girls were happy to play in this tournament, and Pequot Lakes gave us a tough learning experience,” said head coach Dale Strelow. “The girls had a lot of fun up there. The girls took a lot from it. JV played well and learned. It definitely was a good learning experience for everyone. We’ve been short via injury and illness all season, but we are close to getting a full healthy squad back. The girls are hungry and playing hard. They do a good job of letting go of bad games, and they are looking forward to bouncing back at Spectrum Tuesday, Jan 2.”